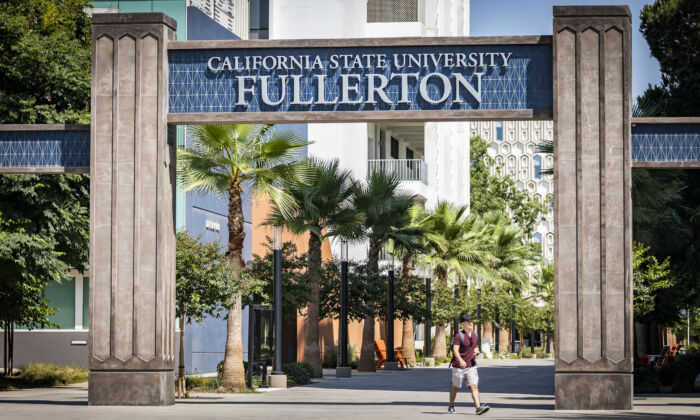 The Board of Trustees for California State University (CSU) system voted unanimously to remove SAT and ACT standardized tests from the undergraduate admission process, CSU announced on March 23.

“In essence, we are eliminating our reliance on a high-stress, high-stakes test that has shown negligible benefit and providing our applicants with greater opportunities to demonstrate their drive, talents, and potential for college success,” acting Chancellor Steve Relyea said in a statement.

Before the decision, the CSU’s Admission Advisory Council conducted a review at the beginning of 2021 and found that SAT and ACT provide “negligible additional value” in its admission process, according to the statement.

“I believe it will affect how it will change in determining who gets admitted or not, [but] I don’t think it will lower education quality because everyone wants an equal opportunity to learn and a lot of people have the drive,” Daniel, a senior at CSU North Ridge who declined to provide his last name, told The Epoch Times.

Ashley Juarez Maciel, a third-year business administration student at CSU Long Beach, said she agrees with the decision and students could utilize the time to explore what they want to study in the university and prepare for it.

“I think that the admission process will be more focused on extracurricular activities and will result in students expanding their skill set beyond the skills learned at school,” Maciel told The Epoch Times.

Agreeing with Maciel, Steph Gonzalez, a fourth-year Communication major at CSU Fullerton, argued that SAT and ACT do not reflect what students learn in class.

“The students will have less stress and will focus more on their classes as opposed to a standardized test,” Gonzalez said.

Although many students reacted to this announcement with cheers and relief, critics say the elimination of standardized tests would negatively impact the education quality and undermine the admission process.

“The standardized test is a pretty fair way to examine all the students. Also, you can take [the tests] multiple times. If you still don’t get into any school, just go to a community college and transfer,” Huang told The Epoch Times.