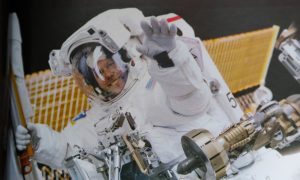 Everything You Ever Wanted to Ask an Astronaut: Exclusive Interview With NASA Astronaut Tom Jones
0
Share Now
TelegramFacebookTweetEmailTellMeWeReddit
Copy Link 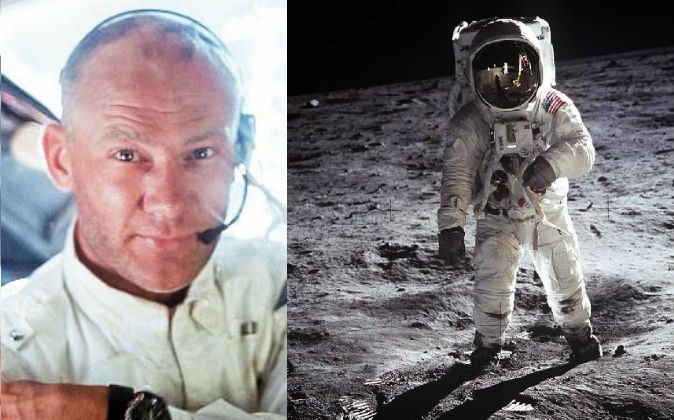 On Tuesday, Buzz Aldrin, the second person to walk on the moon, opened the virtual floor to questions, posting on Reddit. He addressed claims that his walk on the moon was a hoax, spoke of why private flights to Mars aren’t the way to go, and praised Carl Sagan’s dance moves.

What experience on Earth compares to being on the moon? “Magnificent desolation,” said Aldrin. Yet there’s no place on Earth quite as desolate, he said.  “I realized what I was looking at, towards the horizon and in every direction, had not changed in hundreds, thousands of years. Beyond me I could see the moon curving away—no atmosphere, black sky. Cold.”

One Reddit user looked forward to the next big push into space. The user wrote: “I’m rooting for Elon Musk to accomplish this by sending man to Mars. What advice would you give Elon to achieve the ultimate objective of permanence on Mars?”

Aldrin was adamant, however, that private ventures to Mars are not the way to go. He said a permanent settlement should be established right from the start, and this commercial travel back and forth is not only expensive, it also could delay the permanence. Musk’s SpaceX company may be able to do it, he wrote, but “It conflicts with my very strong idea, concept, conviction, that the first human beings to land on Mars should not come back to Earth.”

“I know that many people don’t feel that that should be done. Some people even consider it distinctly a suicide mission. Not me! Not at all. Because we will plan, we will construct from the moon of Mars, over a period of 6-7 years, the landing of different objects at the landing site that will be brought together to form a complete Mars habitat and laboratory, similar to what has been done at the moon.”

A monumental achievement by humanity should not be made through a private company, he said, but rather a collection of Earth’s best. He talked of a leader that would be remembered far into the future for commencing the “human occupation of the solar system.”

Aldrin shared his impressions of Carl Sagan in response to a Reddit user’s question.

“He did Michael Jackson’s moonwalk far better than I did on ‘Dancing With the Stars,'” said Aldrin. He praised Sagan’s dedication to inspiring youth to learn about space and teaching the public about the history of the universe and of human technological developments. Aldrin is also good friends with Neil deGrasse Tyson, who revived Sagan’s TV show, “Cosmos,” this year.

The question forum wasn’t without someone bringing up the claims that Apollo 11 never actually completed the mission and that Aldrin didn’t really walk on the moon. Aldrin responded, “I personally don’t waste very much of my time on [it].” He cited Sagan’s famous declaration that “Extraordinary observations require extraordinary evidence to make them believable.” No extraordinary evidence exists, as far as Aldrin is concerned, to prove the mission didn’t happen as it’s officially presented.

On the other hand, he cited evidence that he did go to the moon: “There are photographs from lunar reconnaissance orbiter satellites, going around the moon, that clearly show all of the experiments that we described when we came back from the moon, and they are evidence that we were there, telling the truth, you can even see a trail of Neil Armstrong’s trek (not footprints really but the stirred up dust in walking or jogging behind him) to see the west Crater that we had flown over, that Neil was concerned about landing close to that—and he took photos of that and then he went back to the spacecraft.”

Addressing some other common criticisms, he said the flag they left behind fell down as they took off and space radiation has probably disintegrated it since.

Though some questions were posted about extraterrestrial life, Aldrin had not answered them yet as of 4 p.m. EST. He did say when describing the moon: “No sign of life whatsoever.”

In a 2005 interview with Science Channel, Edwin “Buzz” Aldrin seemed to say he saw an unidentified flying object (UFO) that followed Apollo 11 on its 1969 moon mission and may have contained aliens.

In a recording of the video uploaded to YouTube, Aldrin recalls his experience and his conversation with mission control: “[There was] something out there that was close enough to be observed, and what could it be?

“Mike [Collins] decided he thought he could see it in the telescope and he was able to do that. When it was in one position, it has a series of ellipses. But when you made it real sharp, it was sort of L-shaped. That didn’t tell us very much.

“Obviously the three of us were not going to blurt out, ‘Hey Houston, we’ve got something moving alongside of us and we don’t know what it is; can you tell us what it is? We weren’t about to do that, because we know that those transmissions would be heard by all sorts of people and who knows what somebody would have demanded? That we turn back because of aliens, or whatever the reason.”

Thinking the object might have been the S-IVB rocket stage, the crew asked Houston how far away it was. The S-IVB was 6,000 nautical miles away. “We really didn’t think we were looking at something that far away,” Aldrin told the Science Channel.

He said the crew decided they wouldn’t talk about it anymore until debriefing.

In a posting on the NASA website, astrophysicist David Morrison reported that he spoke with Aldrin after this interview.

Aldrin told Morrison the quotes were taken out of context. Aldrin told Morrison, and also said on Larry King Live in 2007, that what they saw was likely a panel separated from the spacecraft as various stages dropped off—a normal procedure.