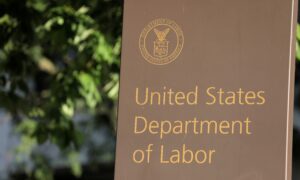 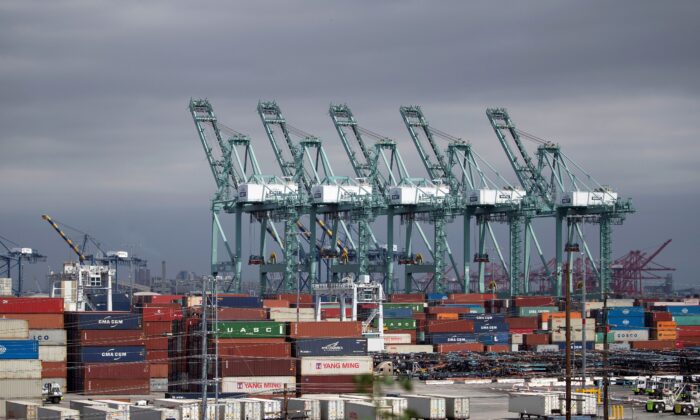 Containers are pictured at the Port of Los Angeles, in Los Angeles, Calif., on April 13, 2020. (Mario Anzuoni/Reuters)
Economies

Busiest US Seaport, Buried in Imports, Plucks Out Toys to Load Santa’s Sleigh

LOS ANGELES—Workers at the busiest U.S. seaport are plucking containers of toys off ships and out of massive stacks of cargo swamping docks at the Southern California trade gateway to get holiday gifts under trees in time for Christmas.

“We’ve never had this much cargo,” Gene Seroka, executive director of the Port of Los Angeles, said on Dec. 15, when the port announced that imports spiked 25 percent during the month of November.

With so much cargo flooding in ahead of Christmas, “we’re essentially in a triage situation,” said Seroka, who worked with a handful of toy makers to expedite toy shipments.

Imports to the Port of Los Angeles have been booming for more than five months as U.S. businesses rebuild depleted inventories of everything from appliances to bicycles; stockpile personal protective equipment and other sought-after goods in a worsening pandemic; and prepare for the winter holiday selling season.

The surge in volume has created congestion that makes it harder for trucks and trains to quickly whisk containers away from the busiest gateway by volume for U.S. trade with China. That then slows down inbound ships.

In November, 50 of the 88 vessels coming to the Port of Los Angeles waited on anchor for 2.5 days before being unloaded. So far in December, about 80 percent of arriving vessels are anchored for an average of four days, Seroka said.

Importers told Reuters the log jams are holding up their cargo for up to a month.

The Christmas season is the lifeblood of the toy industry, and the disruption is hitting that sector particularly hard.

“As of yesterday, we had 250 containers sitting at the port,” he said. Those boxes, containing LOL Surprise! and other MGA toys, had been delayed 3 to 4 weeks.

Seroka and others at the port have helped get a few containers out every day, Larian said.