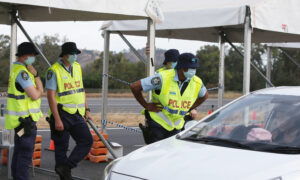 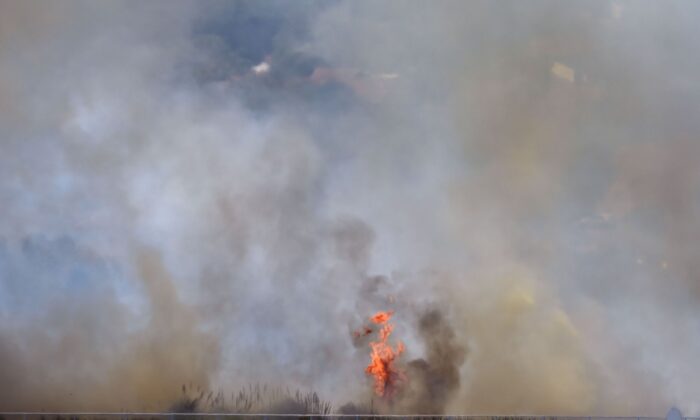 A bushfire burns outside the Perth Cricket Satdium in Perth on December 13, 2019. (Peter Parks AFP via Getty Images)
Australia

Firefighters spent the night battling blazes in Western Australia, including two outside of Perth.

The fires were burning in the south and south-east of the city in the early hours of Monday.

But another blaze in Geraldton 420km north of Perth has now been brought under control.

The Department of Fire and Emergency Services (DFES) said the two fires were out of control and threatening homes.

One of the fires has burned through a rubbish tip, causing hazardous fumes.

DFES issued an emergency warning for areas south of Perth including parts of The Spectacles, Orelia, Medina, Naval Base, Postans, Kwinana Beach, and Hope Valley.

People in these areas must act immediately to survive, DFES says.

“If the way is clear, leave now for a safer place,” it said.

It’s too late to leave home for those in an area bounded by Beard Road, Rockingham Road, Thomas Road and the coast, as hazardous fumes are in the air.

Those residents should remain inside with doors and windows closed and air conditioners switched off.

For those who can’t leave, they should be ready to shelter at home.

Anyone self-isolating or quarantining because of COVID-19 should leave and shelter with family or friends away from the area.

If they can’t return to their quarantine location within one hour, they should call police.

An earlier emergency warning for Karloo in greater Geraldton has now been downgraded to watch and act.

While the fire has been contained, there are still concerns changing weather conditions expected on Monday could revive the threat.

An emergency warning was also issued for an area in Gosnells but it was later downgraded to a watch and act as the fire became stationary.