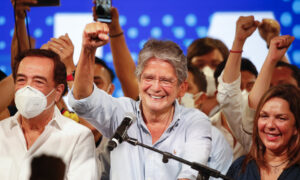 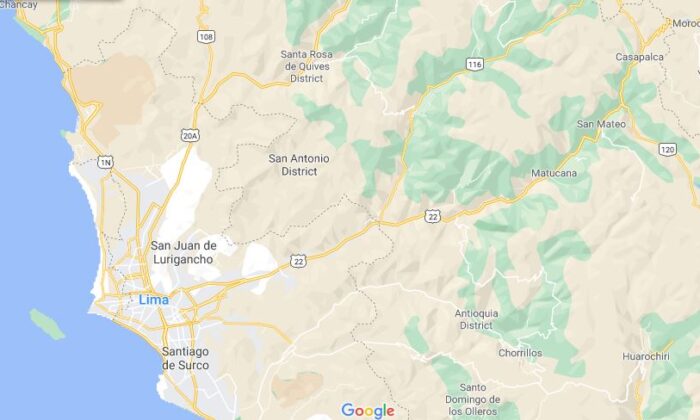 The town of Matucana in Peru, near which a bus fell off a cliff in the Peruvian Andes on Tuesday, killing 29 people, on Aug. 31, 2021. (Google Maps/Screenshot via The Epoch Times)
Americas

LIMA—A bus driving along a main highway in the Peruvian Andes plunged into an abyss and killed at least 29 passengers in the early hours of Tuesday, authorities said.

The incident happened near the town of Matucana, along Peru’s Central Highway, a corridor that connects the capital Lima to much of the central Andes. The bus was carrying 63 passengers, a police official told local news outlet Canal N.

The accident is the second involving a bus plunging from a road in Peru in a matter of days, after a bus carrying mining workers in a different part of the Andes also fell off a cliff and killed 16 on Friday.

The two incidents are unrelated, although bus plunges are not uncommon in Peru, especially in the Andes. The mountain range traverses the length of the country and its highways are often dangerous, overlooking tall cliffs.