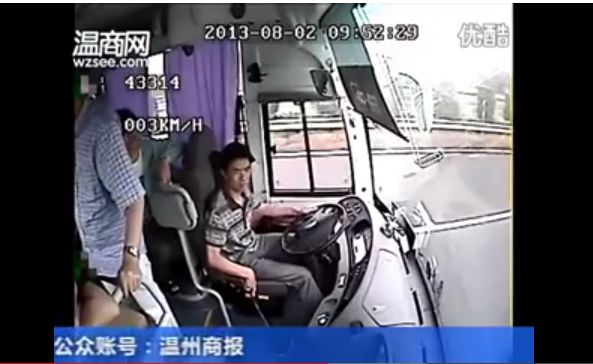 A screenshot of footage showing a bus crash in Wenzhou, China.
China

A tour bus accident in China killed one person and injured 23 passengers, with 10 passengers being ejected from the bus as it crashed, reports the Huffington Post, citing Chinese media outlets.

The Guizhou Metropolitan Daily reports that the bus reversed on the highway after the driver missed an exit. A truck travelling at a “high speed” crashed into the bus before it rolled over, reports the Daily. The driver of the truck died, according to the New Zealand Herald. The driver of the bus survived, though he is seen flying out the side window in the video of the crash.

Warning this video may be disturbing to some viewers.