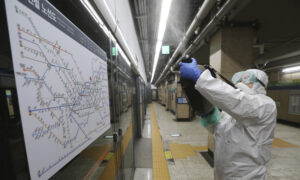 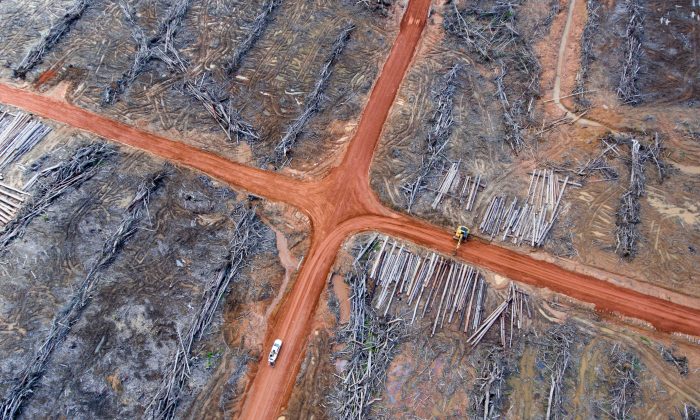 Papua, Indonesia, has the country’s largest area of previously untouched rainforest. More than 300 indigenous tribes live there, including some that have had little contact with global civilization. But the number of palm oil plantations in Papua has grown more than fourfold in the past decade, to the detriment of forests and people.

An environmental group called Mighty released an investigation into one of Papua’s palm oil producers, the Korean-owned company Korindo, on Sept. 1. The allegations against Korindo have all the hallmarks of the rogue palm oil industry: It has flouted environmental and human rights standards—even illegally burning large swaths of rainforest—and gotten away with it largely due to government corruption.

Yet two of Korindo’s major customers stopped buying from it as a result of the investigation, a hopeful sign of change in the industry.

Palm oil is estimated to be found in about half of all packaged items in supermarkets.

Palm oil is part of our daily lives. It is estimated to be found in about half of all packaged items in supermarkets, according to the World Wildlife Fund. It is in margarines, cereals, shampoos, and more. And the use of palm oil is expected to double by 2020, due to an increasing world population and growing affluence in some regions, leading to more consumption of manufactured goods containing the oil.

From 2013 to 2015, about 900 hot spots were recorded within Korindo’s concession boundaries, according to Mighty. With satellite data, aerial photographs, and on-the-ground investigations, Mighty found “systematic and abundant use of fire during its land clearing processes.”

This is illegal. Fires have devastated Indonesia, destroying farmers’ crops, creating a deadly haze of smoke, not to mention the threat to diverse wildlife in the rainforest. Korindo’s concessions account for only 0.7 percent of the 122,568 fires detected in the country in 2015. The palm oil industry in general is a rampant offender.

Korindo has operated in Indonesia since 1993, clearing a total of more than 50,000 hectares. (That’s almost the size of Seoul, South Korea, to put it in perspective.) Since 2013 alone, it has cleared an area of approximately 30,000 hectares, including 12,000 hectares of primary forest.

Mighty’s report states: “Korindo’s management likely believes the chance of being held accountable for open burning through legal sanction or as a result of public opinion to be small. Local indigenous groups have little access to media for reporting illegal practices, and Korindo is well connected with the local armed forces.”

Korindo did not reply to inquiries from Epoch Times as of press time.

The company did get a slap on the wrist in 2015. One of its pulpwood concessions received a six-month suspension for burning. But the suspension was cut short, and the government allowed it to resume operations after three months.

Government Looks the Other Way

The Indonesian National Human Rights Commission wrote in a March 2016 press release about government corruption aggravating disputes between indigenous people and companies like Korindo: “The problem becomes more complicated when government officials, including police, are involved in the conflict and fail to remain neutral in most cases. … Various conflicts involving indigenous territories that are widespread and increasingly complicated can not be resolved by existing ministries or state institutions because of conflict of interests.”

Human Rights Watch reported in 2015 on “decades-long restrictions not only on foreign reporters, but also on U.N. officials, representatives of international aid groups, and others seeking to work in Papua.”

Mighty alleges that Korindo has misled local tribes into signing agreements to give up their forest land and that it has generally treated locals poorly.

A 2008 report by the nongovernmental organization Commission of the Churches on International Affairs told a similar story: “Conflicts between the company [Korindo] and Papuan customary landowners are widespread, denying the latter one access and compensation, increasing mistrust between clans over land boundaries and within clans over compensation sharing.

Less than 10 percent of the palm oil employees in Papua are from the local population.

“Additional side-effects are the strong military and police presence. Villagers, visitors, and local politicians and officials are closely monitored and constantly harassed and intimidated.”

While Korindo employs about 20,000 people in Indonesia, the Commission’s report noted that less than 10 percent of the palm oil employees in Papua are from the local population.

Many palm oil companies have adopted No Deforestation, No Peat, and No Exploitation (NDPE) policies in recent years, including two of Korindo’s customers, Musim Mas and Wilmar. Both have stopped buying from Korindo following Mighty’s investigation until the company improves its practices.

On Aug. 9, Korindo announced a three-month moratorium on three of its concessions, during which time it will “prepare for the establishment of a comprehensive … NDPE policy.”

Musim Mas spokeswoman Carolyn Lim said via email: “We are committed to building a traceable and transparent supply chain … Since June 2015, we have announced that we are 100 percent traceable to the mills.”

She noted that Korindo has taken the first step toward change, and that Musim Mas will continue to encourage its reform.

Musim Mas is certified by the Roundtable on Sustainable Palm Oil (RSPO). Consumers can find an RSPO sticker on some foods and other products containing palm oil produced with minimal environmental impact.

Lim said: “The industry is recognizing that real impact involves an entire slew of socio-economic endeavors, and is moving from dialogues on traceability to focusing on creating net socio-environmental benefits.”

Problems found among Musim Mas’s suppliers are listed on its website. For example: “Two oil palm plantations owned by Indofood were found to have the following issues: Child labor, worker exposure to highly hazardous pesticides, payment below minimum wage, long-term reliance on temporary labor to fill core jobs, and the use of company-backed unions.”

But change doesn’t happen overnight, and Lim noted that while “transformational change for the long run is necessary, stopping the business relationship immediately and completely may not be practical.”

Indonesia’s President Joko Widodo has taken a public stance in the past year in favor of addressing human rights and other concerns, particularly in the palm oil industry. Environmental and human rights groups have expressed hope in Widodo’s stance, tempered by the realities of resistance from many government officials and the slowness of major change.

In the meantime, consumer pressure for higher sustainability standards is creating economic incentives for companies like Korindo to shape up, as evidenced in the recent disruption of Korindo’s operations.