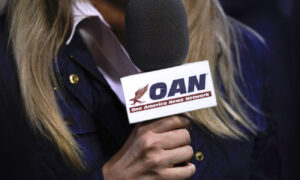 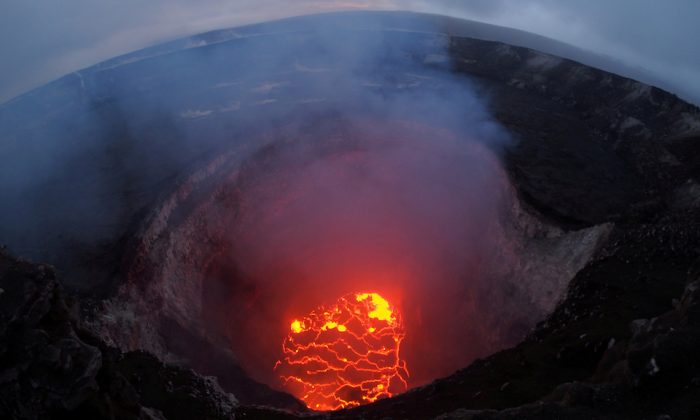 Kilauea volcano's summit lava lake shows a significant drop of roughly 722 feet below the crater rim in this wide angle camera view showing the entire north portion of the Overlook crater May 6, 2018. (USGS/Handout via REUTERS)
US News

The spectacle of Hawaii’s erupting Kilauea volcano challenges photographers of the rare display to avoid being hypnotized by it and instead look at the whole picture, including the human toll from the burning lava, hot ash
and poisonous gases.

Since Kilauea began erupting on May 3, many residents of the Puna district of Hawaii’s Big Island have cleared out, even as some roadways were blocked by lava flows and gashes in the ground that spewed molten lava.

Lava flows are not new to Puna but it is unprecedented for fissures to emerge within communities like Leilani Estates and Lanipuna Gardens, which have been hard hit.

To get more of the picture, on May 13 I boarded a helicopter at the airport in Hilo, about 25 miles from Leilani Estates, and flew over the most active eruption area.

Days of cloudy, rainy weather and restrictions from the Federal Aviation Administration had made scheduling the flight problematic, but in the end our timing was good.

It had begun only hours earlier and was already about 1,000 feet long and belching steam and chunks of lava several hundred feet into the sky. It was in a sparsely populated area east of Leilani Estates.

Still, from the helicopter I could see at least two homes within a mile of the lava.

The next day, the owner of one of them invited me to the hill-top property about a quarter of a mile above the fissure. He was sipping seltzer water with several friends, watching the spectacle from a second story porch. The fissure did not seem to pose any immediate danger, but frequent explosions in it caused his house to shudder.

The noise from those explosions and venting steam and gas was loud enough that we had to shout to communicate. He seemed fatigued, unnerved by the constant onslaught. He said he just wanted it to end.

A caretaker and his family were at a home much closer to the fissure, which was hurling bright red semi-molten rock into the sky.

I watched chunks of lava land on a lawn and clatter off a metal roof. One crashed into a tree, where it momentarily dangled, glowing red like a Christmas ornament.

Lava chunks that fall from the sky cool quickly. One local resident, Jolon Clinton, 15, said a golf ball-sized lava bomb hit her leg. It singed her clothing but she brushed it off before her skin burned.

Intense fumes have also caused people to relocate. At a Red Cross Evacuation Center in Pahoa, 72-year-old Linda Dee Souza looked after her African Gray parrots, Clucky and Mary Magdalene, with whom she fled her home in the coastal community of Kalapana because of dangerous sulphur dioxide fumes.

She was one of hundreds who left Lower Puna over fumes and the risk that roads to their homes would be cut off.

On May 14, Halemaumau Crater near the summit of Kilauea gave up towering plumes of ash. Hawaii Volcanoes National Park, where Kilauea is located, is closed because of the activity.

I drove toward Halemaumau and joined people along the sides of Highway 11 and then at a golf course in a community named Volcano. The crater vented a constant screen of smoke and ash.

I was on the golf course when, just before sunset, a huge ash column shot high into the sky. Surprisingly, I found the event peaceful. I could not hear an explosion. The ground did not shake. Birds were singing.

The tourists, residents and journalists around me seemed awestruck.

Constantin Plinke, a visiting German exchange student, told me, “We had a big list of things to do and maybe 80 percent of them were in the national park. It’s sad.”

Then, noting the rarity of the event, he added, “You may never see something like this in your life again.”