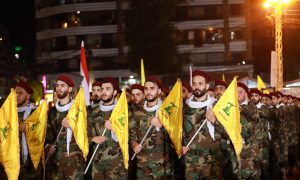 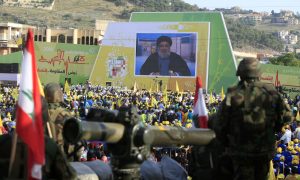 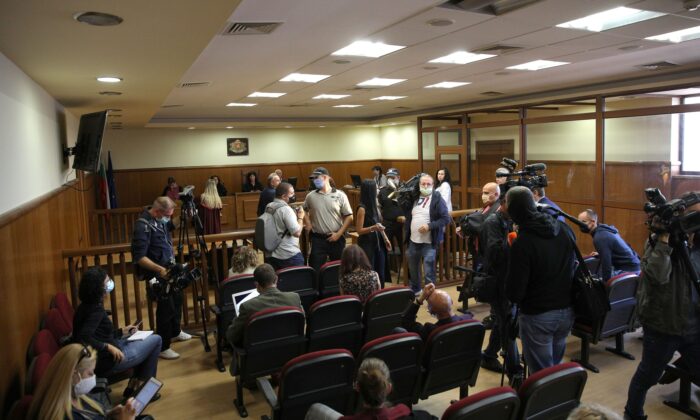 A general view shows the courtroom at the Specialised Criminal Court in Sofia, Bulgaria, on Sept. 21, 2020 (Stoyan Nenov/REUTERS)
Europe

SOFIA—A Bulgarian court jailed two men of Lebanese origin for life on Monday over a 2012 bus bombing that killed five Israeli tourists and a Bulgarian driver, and has been blamed by Bulgarian authorities on Lebanese Shi’ite Muslim group Hezbollah.

The two men were tried in absentia over the July 18, 2012 attack at Burgas airport on the Black Sea, and their whereabouts is not known. They are not entitled to parole.

The Specialized Criminal Court found Meliad Farah, 39, an Australian citizen, and Hassan El Hajj Hassan, 32, a Canadian citizen, guilty of being accomplices and ordered them to pay compensation to families of the victims and the injured.

A third man, of dual Lebanese-French citizenship, was killed in the attack when he blew up a bomb in a backpack he was carrying close to a bus at the airport.

Hezbollah has denied involvement in the attack, which also injured more than 35 Israeli tourists.

A five-member panel ruled that the two men had helped in the attack, which was aimed at causing confusion and fear among the peoples of Bulgaria and Israel. The verdict can be appealed within 15 days.

A red notice that calls on authorities to arrest a wanted person has been issued by Interpol for Farah and Hassan.

“The court’s sentence reflects the punishment we asked for and is adequate to the committed crimes. Whether it will be served or not will be a result of the search of the wanted persons, which is ongoing,” Prosecutor Evgeniya Shtarkelova told reporters.

The judge made no mention on Monday of Hezbollah, but the prosecutor’s office said in a statement that evidence “showed that the two defendants … had links to the radical wing of Shi’ite group Hezbollah.”

Hezbollah is designated a terrorist organization by Washington, and the European Union put the armed wing of Hezbollah on its terrorism blacklist after the Burgas attack.

Shtarkelova has said the men had used fake driving licences printed in Lebanon, that the attackers had family links to Hezbollah and that the use in the bomb of ammonium nitrate, an industrial chemical used in fertilizer, pointed to the group.