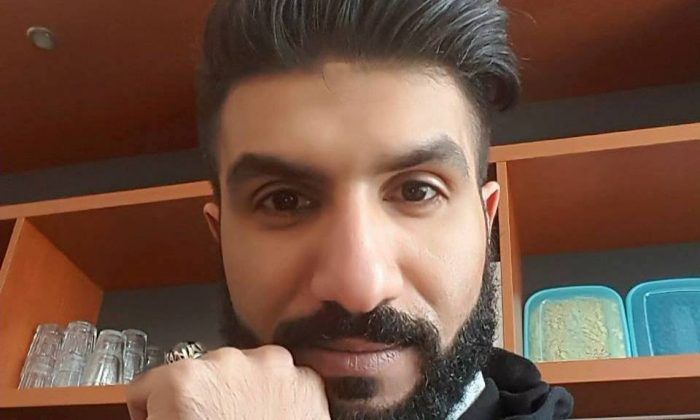 LONDON—A cardiac specialist who was locked up in Bulgaria for six weeks because he has no nationality has called on the government to stop treating stateless people like criminals.

Sager Al-Anezi, who is from a large stateless population in Kuwait called the Bidoon, qualified as a doctor after moving to Bulgaria in 2007 and was training to become a heart surgeon.

The doctor said stateless people couldn’t go to university in Kuwait, but he was able to obtain a passport from a third country—which he didn’t want to name—with Kuwait’s blessing, which allowed him to study abroad and led him to Bulgaria.

But when he tried to renew that passport the third country refused and he applied for formal recognition as a stateless person in Bulgaria. He was locked up Jan. 3 when he followed up on that application.

“I’ve been treated worse than a criminal, but I don’t know what my crime is,” Al-Anezi told the Thomson Reuters Foundation by phone from Bulgaria’s capital Sofia. “How can you lock people up simply for having no citizenship?”

Bulgaria’s Ministry of Interior didn’t respond to a request for comment on Feb. 15.

Al-Anezi, 29, who was released late on Feb. 15, said he must report to police weekly and can’t return to work.

His lawyer Valeria Ilareva said there was an order for Al-Anezi’s deportation, but he was left in limbo because it didn’t state a destination.

Bulgaria introduced a procedure a couple of years ago to allow stateless people to apply for formal recognition of their status, potentially leading to residence rights and a travel document.

“Bulgaria must stop locking up stateless people. There’s no reasonable prospect of their removal so detention is like a punishment,” she said.

Legal experts with knowledge of Al-Anezi’s case said it underscores the vulnerability of millions of stateless people globally who are sometimes called “legal ghosts,” as they aren’t recognized by any nation and are deprived of basic rights.

There is no reliable estimate for the number of stateless people, although the United Nations has previously said there could be 10 million; the U.N. started a campaign in 2014 to end statelessness by 2024.

The European Network on Statelessness (ENS), an advocacy group, published a report on Feb. 18 criticizing Bulgaria for “serious shortcomings” in its treatment of stateless people.

“Dr. Al-Anezi was abruptly taken from his vital work as a doctor and locked up simply for lacking a nationality,” said ENS director Chris Nash. “His story illustrates the waste of human potential caused by a flawed system that needs urgent improvement.”

There are an estimated 100,000 Bidoon in Kuwait, which says they are nationals of other countries. Human-rights groups say the majority have no state.