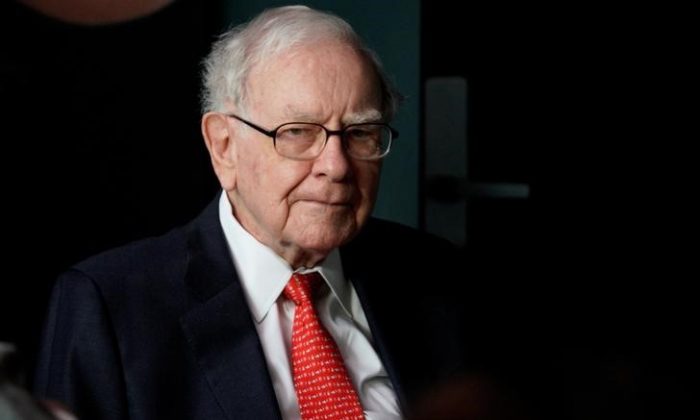 Berkshire said on Tuesday it will continue to own BH Media Group, which consists of 30 daily newspapers, including its hometown Omaha World-Herald in Nebraska, and 47 weekly newspapers.

Under a five-year agreement, Lee will be paid $5 million annually plus a share of profits, with strategic decisions to be made jointly. It takes effect on July 2. BH Media will retain editorial control. Berkshire had invested in Lee in the past.

“I love our newspapers and am passionate about the vital role they serve in our communities,” Buffett said in a statement. “Although the challenges in publishing are clear, I believe we can benefit by joining efforts.”

The Davenport, Iowa-based company said it has 46 daily newspapers and nearly 300 specialty publications in 21 U.S. states.

Newspapers are a small part of Berkshire, which owns more than 90 companies in the chemical, energy, food, insurance, railroad and other sectors, and whose investments include Apple Inc , Coca-Cola Co  and Wells Fargo & Co .

Print circulation fell in 2017 at all but one of Berkshire’s daily newspapers, which also include the Richmond Times-Dispatch in Virginia and Tulsa World in Oklahoma. A round of job cuts was announced in March.

Buffett lamented at Berkshire’s annual meeting on May 5 that only the Wall Street Journal, the New York Times and perhaps the Washington Post had found digital models to overcome declines in print ad revenue.

Berkshire was a major investor in the former Washington Post Co, and Buffett sat on its board between 1974 and 2011, with a hiatus when he was a director at Capital Cities/ABC Inc.