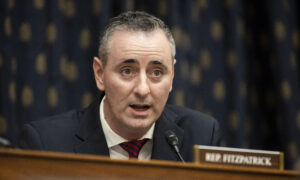 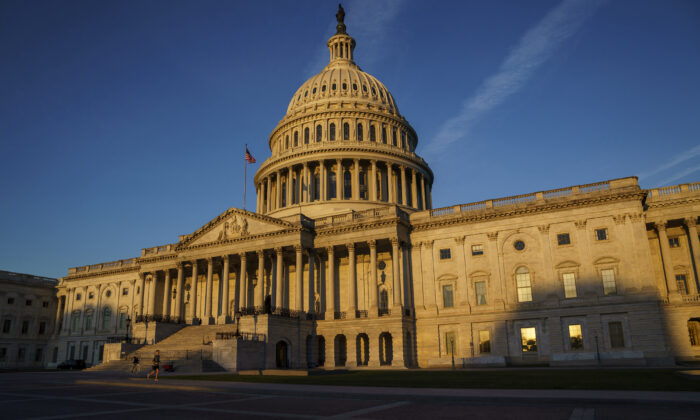 The Capitol is seen at dawn as a consequential week begins for President Joe Biden and Democratic leaders in Congress who are trying to advance his $3.5 trillion “Build Back Better” and pass legislation to avoid a federal shutdown, in Washington on Sept. 27, 2021. (AP Photo/J. Scott Applewhite)
Viewpoints

Maybe we shouldn’t be surprised anymore.

Congress is deliberately sidestepping the legislative process enshrined in the Constitution, abusing procedural gimmicks to force the radical climate agenda down the American people’s throats through the budget reconciliation package.

The reconciliation bill is loaded with pork-barrel spending and sweeping policy changes that are entirely inappropriate for budget legislation. Many of these provisions include incredibly expensive and harmful anti-American policies that will make our lives more expensive and our electricity less reliable—without any of the advertised climate benefits.

Many of these provisions seem intentionally designed to increase our dependence on foreign oil, destabilize the grid, cripple the economy, and increase the cost of living, especially for the poorest Americans.

For example, the “Clean Energy Performance Program” seeks to financially penalize utilities that don’t meet arbitrary increases in renewable electric generation and subsidize those that reach a certain percentage. It’s a de facto mandate that will interfere with the free market and ignores decades of evidence that renewable energy simply isn’t reliable.

Reconciliation also includes a new fee on natural gas, also known as methane, to create a slush fund for grants and ineffective methane reduction programs. This attack on America’s responsible oil and gas producers will have no environmental benefit and will likely increase pollution as energy production shifts to countries without America’s commitment to environmental protection. The climate impact of eliminating methane emissions entirely is within climate models’ margin of error.

Additionally, the Civilian Climate Corps proposes to employ 1.5 million people, “regardless of immigration status,” in a fundamentally untransparent, overtly political campaign to promote the progressive climate agenda. This provision would allow unelected bureaucrats to funnel taxpayer money to activist organizations with nearly no oversight, saddling the country with massive costs.

All these policies have two things in common: they will have no effect whatsoever on climate change, but they will make the energy we need more expensive and less reliable.

The left’s delusion that we can simply regulate fossil fuels out of existence isn’t supported by the climate science they claim to defend. The same data models used to stir up climate hysteria—causing more than half of young people to falsely believe “humanity is doomed”—show that eliminating all fossil fuel consumption nationwide would change global temperatures by less than two-tenths of a degree. And since those models have historically overestimated warming, the real effect would likely be almost nonexistent.

And the collateral damage isn’t difficult to predict. It’s playing out in real time all over the world as world leaders fall victim to the siren song of green energy. Costs have soared everywhere going 100 percent renewable has been tried (and nowhere has it succeeded)—rising by over 50 percent in Germany and more than doubling in Denmark. Electricity prices in California, where blackouts are becoming the new normal, rose seven times faster than the rest of the country in the past decade.

Americans consistently report they aren’t willing to pay for climate programs, but the real-world implications are worse than just annoyance at rising electricity bills. Energy poverty has become such a serious problem, even in the wealthy developed West, that freezing deaths are on the rise in the United Kingdom. Researchers estimate at least 3,200 British men and women suffer preventable deaths every year because they can’t afford to keep their homes warm in the wintertime.

Especially after the Texas blackouts killed hundreds—including a healthy 11-year-old boy who froze to death in his sleep—we should be deeply wary of policies that put the energy that sustains not just our economy, but also our lives, out of reach.

If Congress believes in a prosperous future for America—something that requires continued access to affordable, reliable energy—it should unapologetically vote to kill reconciliation.