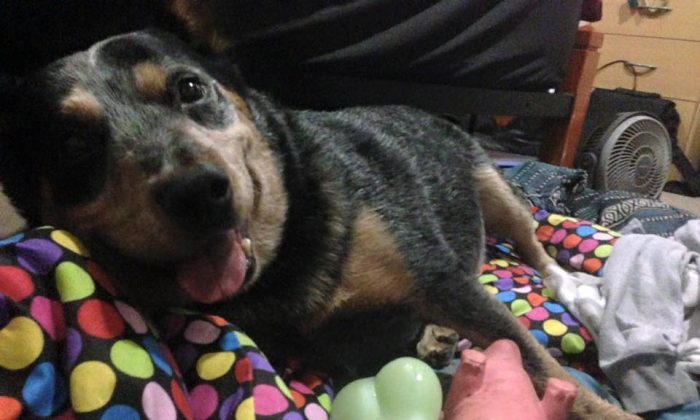 (Photo courtesy of Emily Mochan)
US

Buddy, a 7-year-old dog, who got famous on the Internet for his extensive bucket list, passed away at 10 a.m. on March 30.

But not before completing 49 of the 50 items on his bucket list. (See the full list at the bottom of the article).

His owner, Emily Mochan, broke the news to roughly 13,000 followers of the “Buddy’s Bucket List” Facebook page on Thursday: “Although it breaks my heart, I’m glad to say he was laid to rest yesterday morning at 10am before he started really suffering. He went peacefully with no pain, while surrounded by friends.”

Mochan told Epoch Times that the bucket list ideas were all hers, although her friend Jake Fowler came up with the concept: A list of things she thought Buddy would enjoy, “or what would make a dog’s life incredible,” she said.

Buddy was a beautiful dog, Mochan said, and she is “grateful for all the time” she had with him.

I keep going to call his name but I know he’s not there.
— Emily Mochan, owner

When Buddy was diagnosed with terminal cancer in January, he was given four to six weeks to live.

“Initially there was a lump that had formed on the side of his neck; we took him to the vet, but unfortunately, the first vet misdiagnosed it as an inflammation and it got a lot worse very quickly. The second vet referred us onto a specialist and we discovered that it was most likely T-Cell lymphoma which is a very aggressive cancer that affects the lymph nodes and spreads throughout the body very quickly.”

“The stoic little lad was laid to rest in his 9th week.

“I like to think that he held on so much longer because he was having way too much fun to give up on us so easily,” Mochan said.

But, since Buddy didn’t get the chance to complete one last item on his bucket list: helping other animals in need, Mochan plans to donate all of his toys and all the funds that were raised on GoFundMe (launched Feb. 15, raising $2,325 in around one month) to the local shelters and the Royal Society for the Prevention of Cruelty to Animals (RSPCA).

She is requesting for people who still want to donate, to please donate directly to the RSPCA.

Mochan said she is glad Buddy got to “leave on a high” although it was really difficult for her to put on a brave face, she said.

When asked how has her life changed since the passing of her dog, she said, “I keep going to call his name but I know he’s not there.”

Her home is empty, she said.