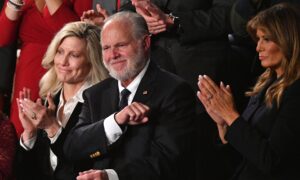 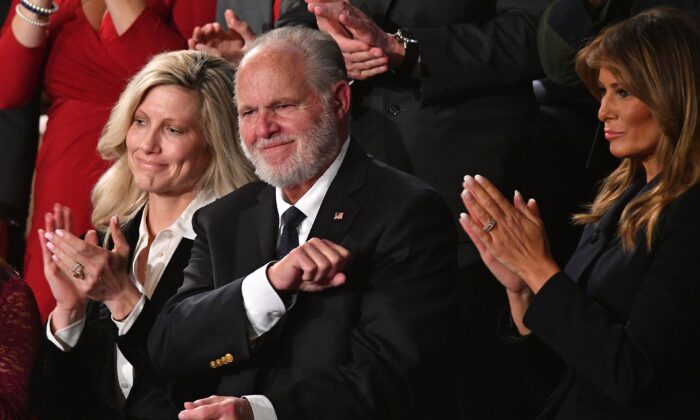 Travis, a Fox Sports Radio host and founder of sports site Outkick, will join Sexton, host of The Buck Sexton Show, in taking the mantle of Limbaugh’s program starting June 21.

In a statement on Twitter, Sexton said he “could not be more excited to step onto the biggest platform in radio” with Travis.

“We’re going to do a show that will make Rush listeners proud and bring a new generation of audience to the table,” he wrote.

Travis penned an op-ed on Outkick, in which he confirmed the news and called the offer to co-host the show “an opportunity I couldn’t pass up.”

“But the battles Rush fought aren’t ending. If anything, they’re just becoming more intense. And I think intense and rigorous and intelligent debate has never been more important in this country than it is right now,” he added.

There was widespread speculation over who would take over from Limbaugh, with Cumulus Media, which carried his shows on most of its stations, announcing in March that Fox News personality Dan Bongino would fill Limbaugh’s time slot on its network of affiliates.

The Dan Bongino Show debuted on Monday, with a guest appearance from former President Donald Trump, who said he is seriously considering another run for the White House in 2024 and that he would announce his official decision “when the time is right.”

Shortly after his death, the former president praised Limbaugh as a “legend” and a “great man.”

“He was a very unique guy. And he had tremendous insight. He got it. He really got it,” Trump said in a Feb. 17 phone interview on Fox News.