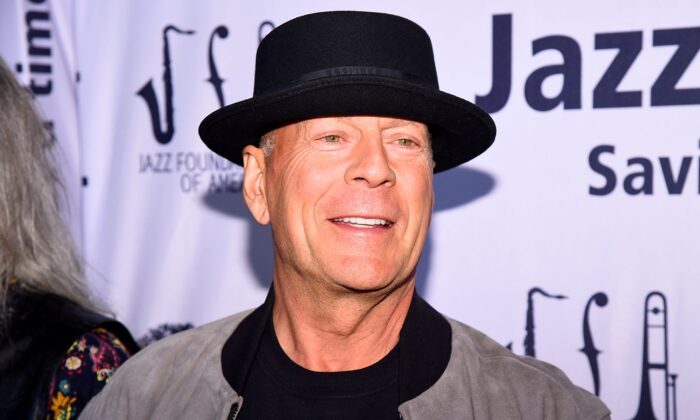 Bruce Willis ‘Stepping Away’ From Acting After Diagnosis: Family

Bruce Willis is taking a break from acting after a medical diagnosis, said his family on Wednesday.

They said the 67-year-old actor was diagnosed with aphasia, a condition that impacts an individual’s ability to understand or express speech.

“Bruce’s amazing supporters, as a family we wanted to share that our beloved Bruce has been experiencing some health issues and has recently been diagnosed with aphasia, which is impacting his cognitive abilities. As a result of this and with much consideration Bruce is stepping away from the career that has meant so much to him,” the family said in a statement Wednesday.

The statement was written on behalf of his wife Emma, ex-wife Demi Moore, and daughters Rumer, Scout, Tallulah, Mabel, and Evelyn.

Without elaborating, the Willis family continued to say: “This is a really challenging time for our family and we are so appreciative of your continued love, compassion, and support. We are moving through this as a strong family unit, and wanted to bring his fans in because we know how much he means to you, as you do to him.”

“As Bruce always says, ‘Live it up’ and together we plan to do just that,” their statement concluded.

“It typically occurs suddenly after a stroke or a head injury but can also come on gradually from a slow-growing brain tumor or a disease that causes progressive, permanent damage (degenerative),” the clinic says.

The family didn’t say what caused the aphasia in the “Die Hard” actor’s case.

Other details about his diagnosis were not provided.

Willis is known for his lengthy career in Hollywood that spans decades, playing the lead role in “Die Hard” and its several sequels. He also appeared in “Armageddon,” “The Fifth Element,” “12 Monkeys,” “The Sixth Sense,” and “Pulp Fiction.” In 2018, he starred in the action film “Death Wish.”