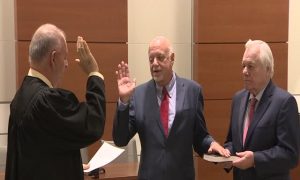 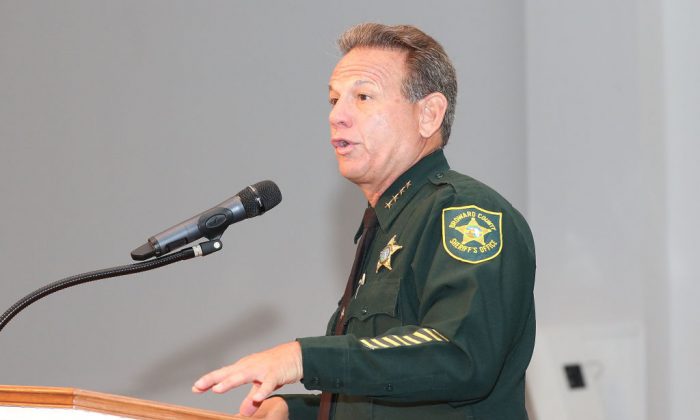 Scott Israel, the sheriff of Broward County, Florida, told staff he is expecting to be suspended soon over his failed response to last year’s mass shooting at a high school in Parkland that left 17 people dead.

Israel has faced intense criticism over his department’s handling of the Feb. 14, 2018, incident. Sources told the Miami Herald that the two-term sheriff told his top commanders that he expects to be relieved of his duties by newly elected Gov. Ron DeSantis.

DeSantis, who was sworn in on the morning of Jan. 8, hasn’t made any formal announcement.

Jeff Bell, the head of the Broward Sheriff’s Office Deputies Association, told NBC 6 that Israel told staff he “expects to be removed in the near future.”

Meanwhile, one of Israel’s lawyers said Jan. 8 the sheriff was still in his office working.

“The governor has not said anything to us, directly or indirectly, as to whether or not the sheriff is going to be suspended,’’ Stuart N. Kaplan told the Miami Herald. “He is working and continues to serve the citizens of Broward County.’’

The Marjory Stoneman Douglas High School safety commission said previously that the sheriff department’s active-shooter policy caused some of the deputies to not respond and confront the gunman. Israel was also heavily criticized for his failure to accept any responsibility for his department’s performance.

But Israel isn’t going out so easily. Three sources close to the agency told the MiamiNewTimes that he plans to fight to get his job back and has even told his underlings that he’ll appeal the suspension. The move would likely lead to a trial in the state senate, according to the report.

During a press conference on Jan. 7, DeSantis hinted that he is considering replacements for Israel. He has said that the issue would be one of his first orders as governor.

Bell said that several candidates have been floated as replacements, including former Broward Sheriff Al Lamberti. But he didn’t indicate if the union was backing anyone.

“What I will say is we want someone who will remove politics out of police work and commit to protecting the citizens and our children in the schools,’’ Bell said.