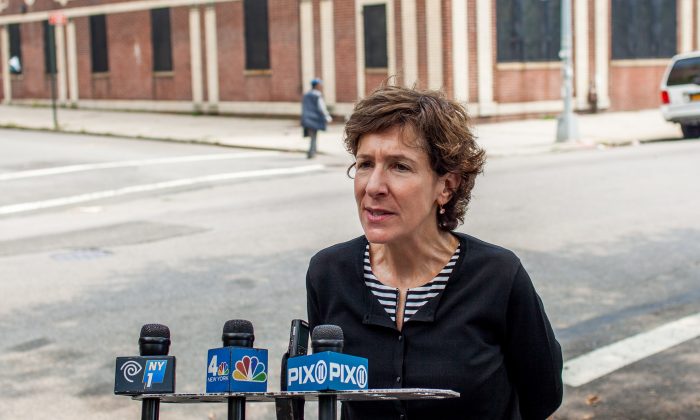 Mayor Bill de Blasio has staked a lot on the success of his prekindergarten expansion, which provides 50,000 full-day learning seats for the city’s 4-year-olds. Last year, there were 20,000 full-day seats and 26,000 half-day seats.

While the 20,000 pre-K seats run by the NYC Department of Education are nearly full, thus far the city hasn’t provided data on enrollment for the community-based programs that are shouldering most of the expansion.

Some community providers in Brownsville and Bedford-Stuyvesant are struggling to register enough children, according to Anthony Herbert, a local activist formerly with Rev. Al Sharpton’s National Action Network as its Brooklyn East Chapter president.

Herbert said he talked to staffers of “a number” of providers in the neighborhoods and found some have “extremely low” enrollment. He mentioned that Brooklyn Community Services had only 23 percent of their seats filled by Aug. 18.

The Brooklyn Community Services responded Wednesday saying about 86 of their 93 pre-school slots are filled and they expect full enrollment next week as some families are still going through the paperwork.

The nonprofit SCO Family of Services opens pre-K for 329 children this year at three sites in Brooklyn and one in Queens.

“We’re leafleting, we’re tabling, we are calling people, we’re going door-to-door, we’re in front of schools and community sites,” said SCO Executive Director Gail B. Nayowith. “We know that there are providers all over the city who are working very hard to make sure that every 4-year-old who’s eligible for pre-K has a seat this September.”

Sharman Stein, SCO director of communications, acknowledged their pre-K classes are not full yet, but expressed confidence they will get to 100 percent, saying some parents wait for the last moment.

If they do not enroll enough students by the time the school year starts on Sept. 4, they will continue to solicit applications throughout the year, the provider said.

Herbert said he’s afraid the community will lose the programs if not enough children enroll.

The city pays the centers about $10,000 per pupil for pre-K teaching.

Update: The article was updated Wednesday, Aug. 27, 2:50 p. m. with a response from the Brooklyn Community Services.