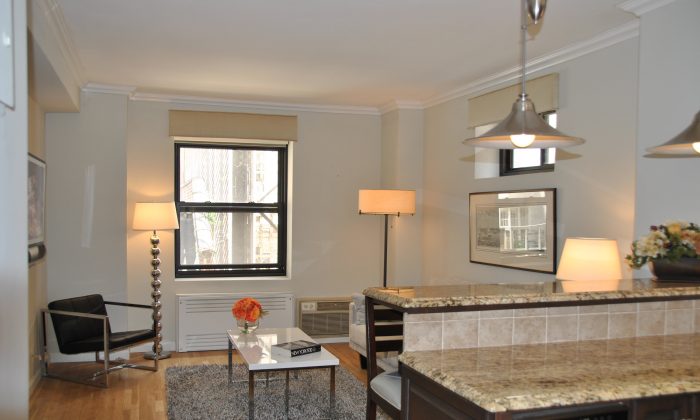 Eric Hantman leaned back in a chair in his sun-filled East Village office. The tough times of the financial crisis had not worn down his genuine smile and warm presence—even though he founded Prime NYC Real Estate amid the turmoil.

Hantman started working in real estate in 2006 at Homestead New York, a small real estate brokerage that closed late 2008. He came in during a hot time for the market—foreign buyers were pouring into New York, attracted by easy loans, low interest rates, and favorable exchange rates.

Hantman made his way to the top and eventually managed two Homestead offices. Homestead brokered bulk deals for foreign investors by buying multiple units from developers before they went to market. Hantman was part of a 30-unit deal at the Gramercy Starck at 340 E. 23rd St. and a 40-unit deal at the Atelier, located at 635 W. 42nd St.

“That one [Atelier] was geared toward both the Europeans and the Asian market because it’s very close to Times Square and a lot of the international buyers associate New York with Times Square,” Hantman said.

In September 2008, the real estate industry took a huge hit. Sales and activity were down by around percent, said Hantman. Homestead dissolved during the crisis, but, having a following at the company, Hantman decided to set up Prime NYC at an office on Wall St. in December 2008.

“Some people would say: ‘Why would you start a company at the worst possible time?’” said Hantman. “What I saw is that there was a lot of opportunity on the rental side. The rental market is always strong in New York.”

Prime NYC closed 150 rentals in the first year. Hantman said that although the usual broker fee is 15 percent of the annual rent, many landlords were not paying broker fees during the crisis.

After six months on Wall Street, Prime NYC moved offices to a space on East 11th Street and now uses a space on the same floor as Beyer, Blinder, Belle Architects, known for their work on revitalizing the Grand Central Terminal; the TWA Flight Center in Queens; and the National Museum of American History in Washington, D.C., among many others.

“It’s a good environment for the agents, a great location,” said Hantman.

Since the beginning, Hantman kept an emphasis on keeping the company small so he could help his brokers with every deal. As more sales came on the market starting in January this year, Prime NYC cross-trained its brokers to be able to do both rentals and sales.

The business is currently half rentals and half sales—a mix that comes in handy for managing their 10 units at the Cammeyer at 650 Sixth Ave. The building is landmarked and was converted to condominiums by Kum Kang, a Korean developer. Prime NYC has sold six of the units so far and rents others out.

Prime NYC manages properties and services 25 international investors: 10 of them Asian (mostly Chinese,) 10 European, and 5 from South America. For these clients, Prime NYC is much more than a real estate broker—Hantman’s firm helps clients find attorneys, accountants, insurance agents, and financing options. If the client rents out the property, Prime NYC helps get the rent to the owner and helps with maintenance issues, among other things.

Hantman grew up in a small town in Nassau County. He played football, lacrosse, tennis, and baseball. He said the community was small, but the biggest lesson was moving to Marlboro, N.J., a larger city and going to a bigger high school.

“It makes you more outgoing and being in real estate you have to be outgoing. It’s all about meeting people, connecting with people, interacting with different cultures and different types of people. Looking back that’s probably one of the best things that could have happened,” said Hantman.

Outside of real estate, Hantman is active with the Young Jewish Professionals, an organization that provides business networking, mentoring sessions, and social opportunities for young Jewish business leaders. Hantman meets with other Jewish CEOs in his office once a month to discuss ways to improve their businesses, among other things.

“I’ve learned a lot from people who are much older than me and more experienced in business,” said Hantman.

Hantman said real estate inventory in New York City is down 40 percent from last year while sales activity is up 30 percent. He has witnessed bidding wars, especially in hot neighborhoods like the Upper West and Upper East Sides, SoHo, and Tribeca.