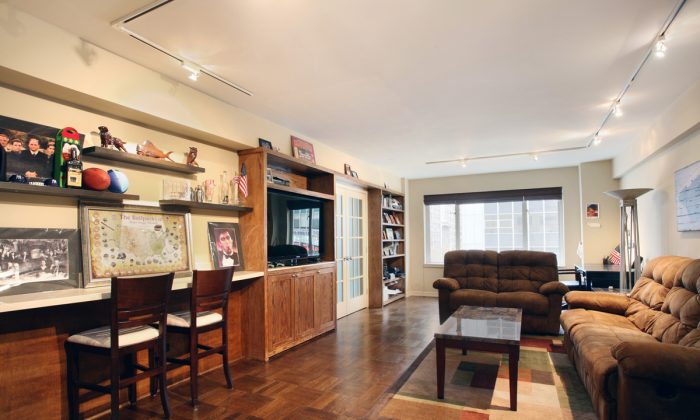 NEW YORK—Brian Morgan left a career in the film industry in search of a job that would reward his efforts.

The move paid off. He started working for real estate brokerage Citi Habitats in 2006 and closed his first deal after just one month.

“I wasn’t worried at all,” he said about his first month. “I knew if I stayed the course and listened to what they were telling me to do that I’d be fine.”

He went on to close 50 deals in his first year and received the Rookie of the Year award.

But Morgan never stopped writing. He sets aside time every Saturday to work on his screenplay.

From Rentals to Sales

Morgan closed his first sale in 2007, but continued to broker rentals for two more years. In 2009, Morgan made a decision to switch to sales. To mitigate the risk of losing a steady income from his rental business, Morgan hired an assistant to take over the rental portion of the business.

Morgan’s team has since grown to five people. He prefers sales to rentals because during the sales process he really gets to know people.

“It’s more intimate and I like that,” he said. “With rentals it’s a grind. With sales I find that if you do a good job there’s more loyalty there.”

And that’s not the only task he manages despite a busy schedule in real estate. He founded Kid Care, a charitable organization, with his friends in 2008. Kid Care offers programs to homeless kids, like a Job Hop, where kids talk to professionals from various fields to learn that they too can group up to have a career.

Kid Care also sponsors a Little League team. When the Little League season is over, Morgan and his partners from Kid Care (Jon Dorfman, Adam Turkewitz, and Morgan Turkewitz) take the team out to a professional ball game. They went to see the Yankees two years in a row and saw the Mets last year.

After a while Morgan became connected to the kids and the work became fun.

The rest of Morgan’s time is filled with real estate. His team works from the Citi Habitats office at 250 Park Ave. South. Morgan is seeing a lot of cash deals as buyers compete amid slim inventory in a tight credit market.

“I’m seeing a lot of sellers unwilling to take contingency clauses in the contract because they’re afraid the apartment won’t appraise,” said Morgan.

“That’s how aggressive the market has been,” said Morgan.

Morgan said he has exclusive listings and a slew of buyers. He bought an apartment at 340 E. 23rd St., in 2007 and has since begun to broker apartments there. Morgan has two apartments in contract at the building and two more coming on the market soon.