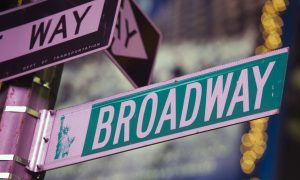 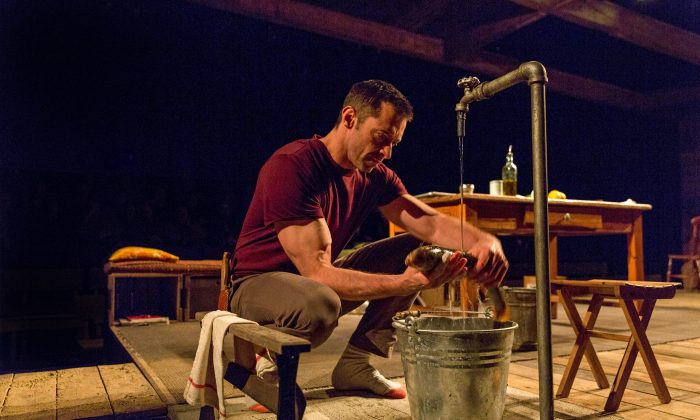 Hugh Jackman in “The River.” The 2014-2015 show made 102 percent of expected income, with attendance exceeding capacity. (Carol Rosegg)
Entertainment

NEW YORK—Broadway began 2015 in fine style, with 2014 going into the records books as the best-attended and highest-grossing year in Broadway history. This statement is according to figures released by The Broadway League, the national trade association for the Broadway industry.

“For the last 12 months, we’ve seen an exciting increase of 13 percent in Broadway attendance, demonstrating that our producers are giving audiences a variety of plays and musicals to please many tastes. Season-to-date, attendance is up 14 percent, following last year’s end-of-season audience increase of 5.6 percent,” said Charlotte St. Martin, executive director of The Broadway League.

“With record-breaking holiday weeks including Thanksgiving, Christmas, and New Year’s—plus seasonal and calendar-year records—it reinforces that there really is a show for everyone. In addition to long-running favorites, audiences are enthusiastic about the new shows too,” Ms. St. Martin said.

This translates to a rise of 13 percent in attendance and a 14 percent increase in grosses over calendar year 2013. Also increasing in 2014 was the overall number of show-playing weeks, with the total reaching 1,631, compared to 1,395 in 2013.