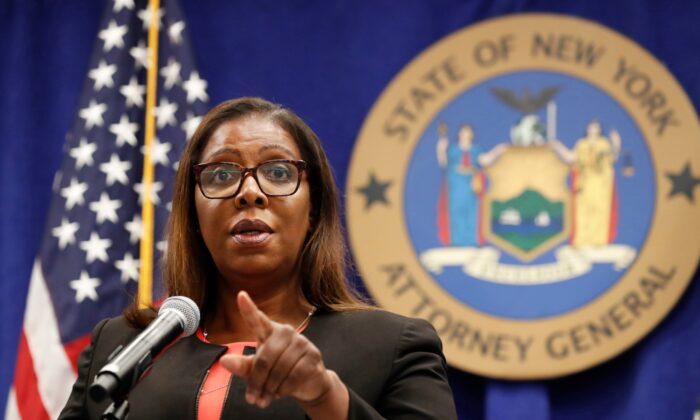 The New York Attorney General’s office said in a Thursday report that a campaign funded by the broadband industry submitted millions of fake comments supporting the 2017 repeal of net neutrality.

The report (pdf), headlined “How U.S. Companies & Partisans Hack Democracy to Undermine Your Voice,” concluded that nearly 18 million of the more than 22 million comments that the Federal Communications Commission (FCC) received during its 2017 rulemaking process were fake.

“This type of fraud has significant consequences for our democracy,” the report notes. “Federal and state agencies rely on public comments to set standards that govern many aspects of our lives, from public health to consumer protection to the environment, and, in this case, the rules that govern how we share and consume content over the internet.”

The report found that a broadband industry group, called Broadband for America, spent some $4.2 million on a campaign that involved hiring companies known as lead generators that ended up yielding over 8.5 million of the fake comments.

The objective of the campaign was to make it appear as though there was “widespread grassroots support” for the net neutrality repeal, according to the report.

While the report criticized the industry group for ignoring red flags and called its behavior “troubling,” the report did not find that the broadband companies had “direct knowledge of fraud” and so they were not found to have broken the law.

The industry group did not immediately respond to a request for comment from The Epoch Times.

The principle of net neutrality requires Internet Service Providers (ISP) to treat all internet traffic equally, preventing them from treating their own services or customers more favorably.

Critics have argued that net neutrality would slow down the internet, make it more difficult to block spam, require the hiring of more government bureaucrats, and discourage investment in high-speed internet. Proponents argue that repealing net neutrality makes it easier for ISPs to abuse their gatekeeper roles in ways that harm consumers and threaten public safety.

Some experts have framed the issue as that of who ultimately controls the internet, saying net neutrality makes it possible for the government to be in charge, rather than the free market.

In 2017, the FCC decided to repeal the Obama-era net neutrality rules by means of what it referred to as the “Restoring Internet Freedom Order,” which went into effect in 2018, was then challenged in court, but was ultimately upheld.

The process leading up to the FCC’s decision was preceded by a public comment period, with the New York Attorney General’s investigation finding that the process was dogged by fraud.

The FCC’s acting chairwoman, Jessica Rosenworcel, said in a prepared statement to media outlets that “widespread problems with the record” of the 2017 proceedings was “troubling” and the agency has work to do in order to improve the commenting process.