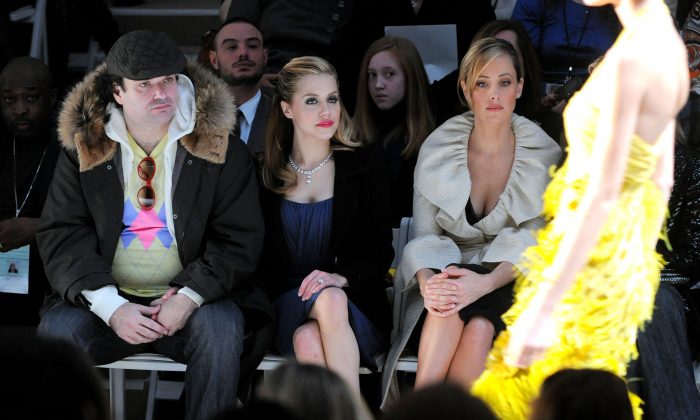 Brittany Murphy Death: Actress Who Played her in Lifetime Movie Explains the Role Amid Criticsm

Amanda Fuller, the actress who played Brittany Murphy in her Lifetime biopic, gave an interview about the movie, which received a good deal of criticism when it aired over the weekend.

Fuller, speaking with ABC News, said, “It’s very surreal to be in this position … ‘Beyond [‘Clueless’] like ‘Girl Interrupted,’ and all the films she was a part of, I feel like molded me as an actor. Maybe there was a reason why it all came together this way.”

“I knew her more from her blockbuster career, then came to realize [through her indie movies and other smaller roles] she’s an incredible talent that was totally under utilized,” Fuller added.

Life & Style magazine reported that Murphy’s father was “disgusted” by the film. Angelo Bertolotti, her father, said it was a “stupid movie” on Twitter.

Murphy died December 2009 after what was believed to be pneumonia. Her husband, Simon Monjack, was found dead in the same home–with many believing that there was foul play involved.

He said that Sharon Murphy, her mother, could be responsible.

He told the Examiner: “Sharon Murphy should be interviewed and investigated, first and foremost.” He also said the film is “completely untrue.”

One of the reasons why her father wasn’t pleased with the film was that Murphy’s family wasn’t involved.

“No. Her dad and her mom were not involved. I don’t know if they were reached out to or not. It is a touchy subject and I wouldn’t want to pry into that very sacred relationship that Sharon had with her. But I wish I had access to her mom and could ask her everything,” Fuller told the Boston Herald.

But she added: “I hope that they’ll see sort of the truth of what her troubles were, and some of the wrongs the media had during the time of her life and death. I want them to have some sort of remembrance of why they loved her in the first place.”