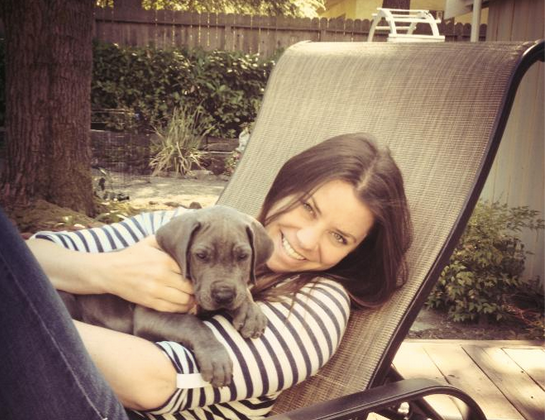 Brittany Maynard, 29, was given six months to live in April and plans to end her own life on November 1.

Maynard has a malignant brain tumor, or stage 4 glioblastoma.

“My glioblastoma is going to kill me, and that’s out of my control,” she told People magazine.

“I’ve discussed with many experts how I would die from it, and it’s a terrible, terrible way to die. Being able to choose to go with dignity is less terrifying.”

Maynard will die by taking medication prescribed by her doctor.

She says that it will not be suicide.

“There is not a cell in my body that is suicidal or that wants to die,” she said. “I want to live. I wish there was a cure for my disease but there’s not.”

Maynard explained in a piece she wrote that was published on CNN that she researched full brain radiation, which doctors initially prescribed, and decided against it.

“Because my tumor is so large, doctors prescribed full brain radiation. I read about the side effects: The hair on my scalp would have been singed off. My scalp would be left covered with first-degree burns. My quality of life, as I knew it, would be gone,” she said.

“After months of research, my family and I reached a heartbreaking conclusion: There is no treatment that would save my life, and the recommended treatments would have destroyed the time I had left.”

She noted that she and her family moved to Oregon from California because Oregon is one of five states where death with dignity is legal.

“Now, I’m able to move forward in my remaining days or weeks I have on this beautiful Earth, to seek joy and love and to spend time traveling to outdoor wonders of nature with those I love. And I know that I have a safety net,” she said. “I plan to celebrate my husband’s birthday on October 26 with him and our family. Unless my condition improves dramatically, I will look to pass soon thereafter.”

Maynard plans to launch a video campaign with Compassion & Choices, which advocates for end-of-life choice.