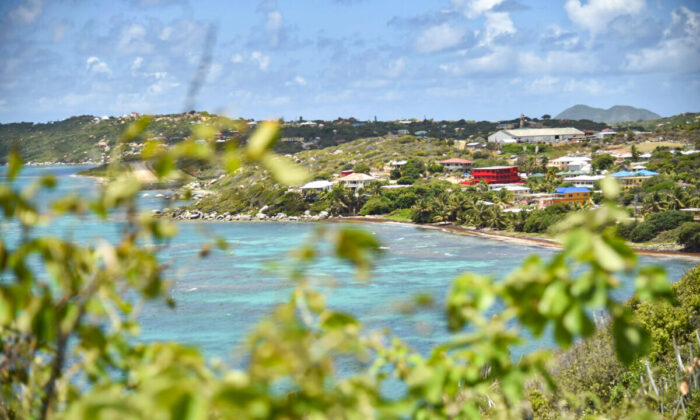 Andrew Fahie, the premier of the British Virgin Islands (BVI), got caught inspecting a $700,000 bribe in designer shopping bags on a private jet, according to U.S. court papers. He was apparently stacking the drug route, through BVI’s air and marine ports, with his supporters and radar barges that would help slip the shipments through. In exchange, he would get 12 percent of total U.S. sales.

The radars cost $420,000 a month and were opposed by British officials, appointed in London, as a waste of taxpayer money.

A Financial Times source said, “What the barges allowed them [the BVI officials] to do was look like they were tackling crime, but in reality they were facilitating their own pathway through [for drug shipments].”

To catch Fahie and his co-defendant, Oleanvine Maynard, an undercover DEA agent posed as a Sinaloa cartel member at the Miami airport. Fahie and Maynard were arrested on board the private jet.

BVI is just 1,100 miles from Miami, 1 mile from the U.S. Virgin Islands, and 600 miles from Colombia. It’s an easy transfer point for cocaine headed to the United States, especially because corruption is commonplace in the local government.

In fact, according to a 900-page British government report, corruption is so bad as to require a two-year suspension of the constitution and the locally-elected BVI council. Great Britain is actively considering the reimposition of direct rule from London, which could come any day.

The idea is not entirely unreasonable. For over a century at least, the British government has been renowned for its efficiency and no-nonsense stand against drug smuggling.

In other post-colonial countries, too little guidance on the part of Britain and the United States led to rampant corruption and states so weak as to have their foreign policy almost taken over by criminal and dictatorial elements, including from the Russian and Chinese regimes.

In Afghanistan, for example, the United States and Britain fought to stop Taliban terrorists and opium growing. Part of this was through locally-elected officials at every level, from districts to the national government in Kabul. The strategy failed because too many Afghan officials allowed themselves to be corrupted by drug money and intimidated by terrorists. Ultimately, the government was infiltrated by, and fell to, the Taliban, which is supported by Beijing.

That experience would suggest that a stronger hand from London and Washington could prove decisive against corruption and drugs in BVI, and in two years, lead to a cleaner and stronger democracy more capable of resisting totalitarian influence.

However, most people in the region reject that plan.

BVI’s neighbors also oppose direct rule, according to The Washington Post, with the prime minister of Saint Vincent and the Grenadines casting it as “ridiculous.” The Organization of Eastern Caribbean States called the plan “ill-advised,” and the Caribbean Community called it “retrograde.”

Approximately 140 people protested against direct rule on May 2 in front of the BVI’s government house, the residence of its crown-appointed governor.

Those who oppose direct rule have a point. However well-intentioned by London, it comes across to the rest of the world as imperialistic and undemocratic. London already handles BVI’s defense and foreign policy portfolios. By betting on even greater control, London could lose what it already has.

If a county in the United States or Great Britain, for example, were corrupted by drug kingpins, would the best solution be to suspend local governance and declare martial law? Unlikely.

The more democratic option would be to simply arrest and prosecute those individuals who law enforcement can prove to be corrupted.

The United States saw itself as an imperial power at the turn of the 19th century, with territories in Puerto Rico and the Philippines, for example. Great Britain even more so, with its expansive global empire. But both are democracies now, not imperial powers.

Their democratic status and respect for local governance differentiate them from regimes in Russia and China that seek to renew their status as regional, if not global, empires.

If we don’t better support the relatively reasonable voices of the locally-elected governments that we created, Russia and China will surely use London’s “direct rule” in their global propaganda campaigns against us. Many would accept their labeling us as hypocrites, including in the BVI, which could then be destabilized. China would certainly like to do to the BVI what it is already doing to the Solomon Islands near Australia—turn it into a naval port.

In 2021, Barbados became an independent republic, thus severing its ties to Great Britain. The BVI could do the same if London and Washington misstepped.

We should arrest corrupt leaders, including those doing illegal business with drug dealers or enemies of democracy. That includes those who prove themselves disloyal to the community of democracies by getting too close to China and Russia.

But we should not, in the process, destroy the democratic institutions that we created and purport to protect. Elected councils in places like the BVI are democracy’s biggest potential supporters against our most dangerous adversaries.