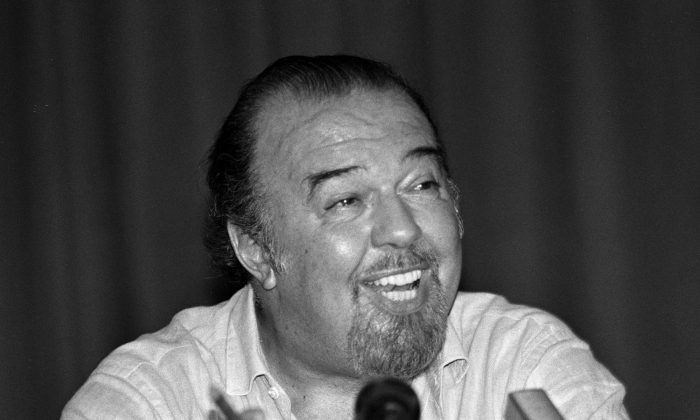 LONDON—Leading British theater director Peter Hall, founder of the Royal Shakespeare Company, has died at the age of 86, the National Theater said on Tuesday.

Hall died on Monday at University College Hospital, London, surrounded by his family, the theater said in a statement.

“Peter Hall was an internationally celebrated stage director and theater impresario, whose influence on the artistic life of Britain in the 20th century was unparalleled,” it added.

Hall’s career spanned more than half a century. In his mid-20s he staged the English language premiere of Samuel Beckett’s “Waiting for Godot” and in 1960, aged 29, he founded the Royal Shakespeare Company which he led until 1968.

Appointed Director of the National Theater in 1973, Hall was responsible for the move from the Old Vic theater to its current home in a purpose-built complex on the South Bank of the River Thames.

His work as a theater director included the world premieres of Harold Pinter’s “The Homecoming” (1965), Peter Shaffer’s “Amadeus” (1979) and the London and Broadway premieres of Alan Ayckbourn’s “Bedroom Farce” (1977). His last production at the National Theater was “Twelfth Night” in 2011.

Hall, who was diagnosed with dementia in 2011, was also an internationally renowned opera director and worked at many of the world’s leading houses including The Royal Opera, the Metropolitan Opera and Bayreuth.

Hall was born in November, 1930, the son of a railway station-master in rural Suffolk.

From his local grammar school he won a scholarship to study English at Cambridge University, where he often used the cheap railway passes to which his father’s occupation entitled him to visit the bright lights of London’s theater world.

At the age of 23 he presented his first professional production.

He became assistant director at London’s small Arts Theater in 1954, taking over the directorship a year later. He began to make his name with a series of controversial modern plays, including “Waiting for Godot.

In that production, Hall chose to portray the two leading characters as tramps – although there is no mention of this in the text – and directly affected almost every subsequent production of the play.

Hall was married four times. In 1956, he hit the society columns when he married French actress Leslie Caron, star of the film “”Gigi”. The couple had a son and a daughter before their divorce in 1965.

Later that year, Hall married Jacqueline Taylor, his former secretary. The couple divorced in 1981 and Hall, who was knighted in 1977, married American opera singer Maria Ewing in February 1982.

His last marriage was to scriptwriter Nicky Frei.

National Theater director Rufus Norris said in a statement: “We all stand on the shoulders of giants and Peter Hall’s shoulders supported the entirety of British theater as we know it.

“All of us, including those in the new generation of theater-makers not immediately touched by his influence, are in his debt. His legendary tenacity and vision created an extraordinary and lasting legacy for us all.”