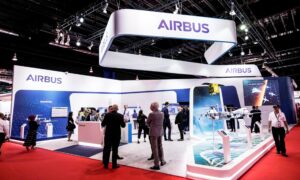 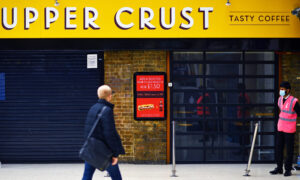 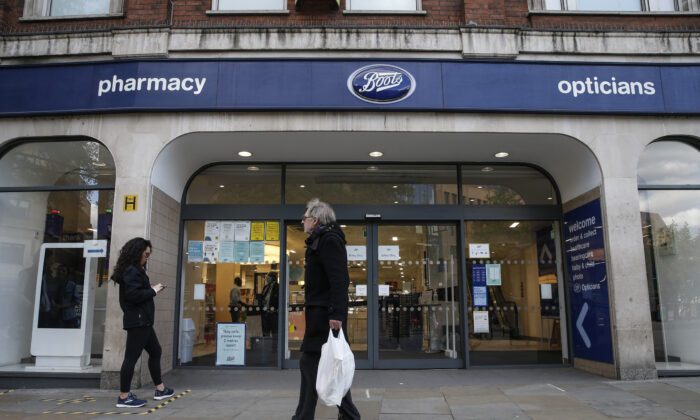 A general view of a Boots Pharmacy in London, UK, on May 2, 2020. (Hollie Adams/Getty Images)
WORLD

LONDON—British health and beauty retailer Boots plans to cut 4,000 jobs and close 48 optician stores, in the latest major blow to the country’s retail sector from the COVID-19 crisis.

Walgreens Boots Alliance, the owner of the retailer, said on Thursday its most significant COVID-19 impact had come in Britain, with footfall down 85 percent in April, forcing it to take an impairment charge of $2 billion (£1.6 million).

British brands including John Lewis and Harrods have announced thousands of job cuts in the last two weeks after the pandemic forced customers to shop online and many remained reluctant to return to the high street even as restrictions eased.

John Lewis said the department store chain is to close eight stores with a possible loss of 1,300 jobs. The company said it would continue to invest heavily in e-commerce as online sales look set to represent around 60 to 70 percent of total sales this year and next, compared with 40 percent prior to the COVID-19 crisis.

The eight stores had already struggled financially prior to the lockdown. They include two major stores in Watford and Birmingham, the latter opening as a flagship shop in the Grand Central station development.

The other stores to close include two small hubs at Heathrow Airport and St Pancras railway station, and four At Home shops.

Retailers have been hammered by the COVID-19 lockdown and data shows that shoppers remain wary of entering stores even as the restrictions ease, with footfall down 50 percent year on year during the third week of reopening in England and Northern Ireland.