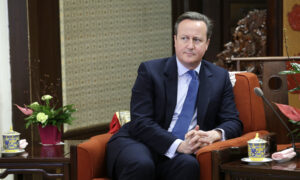 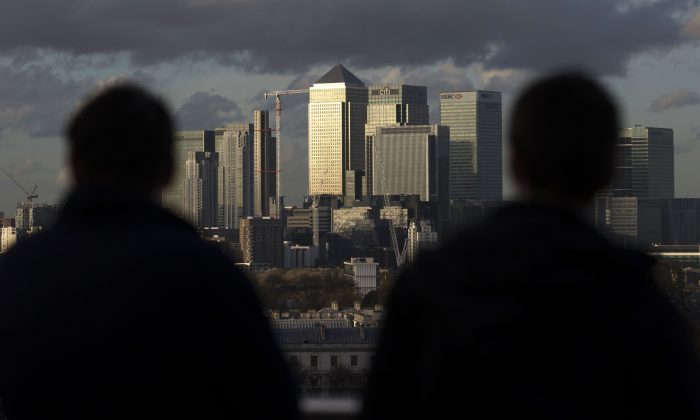 Some areas of London have seen a rash of gang-related acid attacks carried out by men against other men. (Andrew Cowie/AFP/Getty Images
UK

LONDON—Otherwise innocent-looking beverage bottles, filled with acid or other dangerous liquids by criminals, have become increasingly devastating as weapons on UK streets.

But now, police will have the power to search people carrying plastic bottles and test them on the spot under new government proposals that will strengthen so-called stop-and-search powers to include “corrosive substances.”

The UK has one of the highest rates of acid attacks in the world, driven in part by gangs who are trying to build fearsome reputations while avoiding the legal penalty of being caught with a knife. Acid attacks have long been common in Southeast Asia, South Asia, and the Middle East and are on the rise in some developing nations. But the recent trend in the UK appears unique among developed countries.

A testing kit to identify corrosive substances on the spot during a stop-and-search incident is being developed at the secretive Defense Science and Technology Laboratory, Britain’s interior ministry announced on Sept. 9. Carrying those substances will be banned under a law currently passing through lawmaking chambers that will make throwing acid a crime in its own right.

Attacks in which corrosive substances—including household items such as bleach—are carried in regular soda or sports bottles are life-changing to the victims.

Model-turned-TV presenter Katie Piper described being left partially blind, with severe scarring to her face, chest, neck, arm, and hands after sulfuric acid was thrown over her.

“I couldn’t recognize myself when I woke up from a coma,” Piper wrote in an open letter. “I will continue to need operations and therapy for life. For acid attack survivors, the aftermath is a life sentence.”

A number of recent high-profile attacks have moved acid attacks up the political agenda.

In June 2017, a woman died from sepsis after being burned with sulfuric acid during a robbery gone wrong.

Dr. Simon Harding, an expert on gangs, said stop-and-search may help reduce attacks by those who “casually” carry acid as an alternative to a knife for protection.

“But those carrying out acid attacks are often a certain type of individual who is motivated by something very powerful—usually some form of revenge,” said Harding, who is an associate professor in criminology at the University of West London. The new proposals would be little deterrent to those people, he said.

The number of acid attacks in the UK has increased to more than 900 a year from around 200 four years ago, with more than 450 attacks reported in London in 2017. But, according to Harding, the overall number of incidents have leveled off in the past year.

Harding, who has interviewed gang members who carry acid, thinks some gang members who took up acid as an alternative to carrying a knife have been put off by gruesome tales of what happens to the victims.

“I think the word has gotten around in gang culture that this is a truly barbaric and dreadful thing,” Harding said. “Certain types of crime I think frighten even the hardened criminal—and throwing acid is one of those things.”

The punishments have also increased. “People are getting up to 20 years [in prison] now,” said Harding.

Being willing to carry acid now singles out a gang member as being more dangerous, more prepared to “go that step further” than any other kind of weapon, including guns, which are very tightly controlled in the UK, and come with big penalties for illegal possession, said Harding.

Harding points out that acid throwing is a “wide spectrum,” used in gangs, domestic violence, “honor-based” violence, and even as revenge in business disputes that have turned sour. But, in the UK, the victims are usually male, in contrast with acid attacks in other parts of the world that are typically honor-based attacks on women.

In April 2017, 18 people were burned and two blinded in one eye in an acid attack in a London club, with the former boyfriend of a reality TV star arrested and charged. Piper was also attacked at the behest of an obsessive former boyfriend. But experts and police officers agree that gangs are more to blame for the rise in attacks in recent years than other trends.

Three-quarters of acid attacks known to UK police are never prosecuted because many victims are too frightened to give evidence.