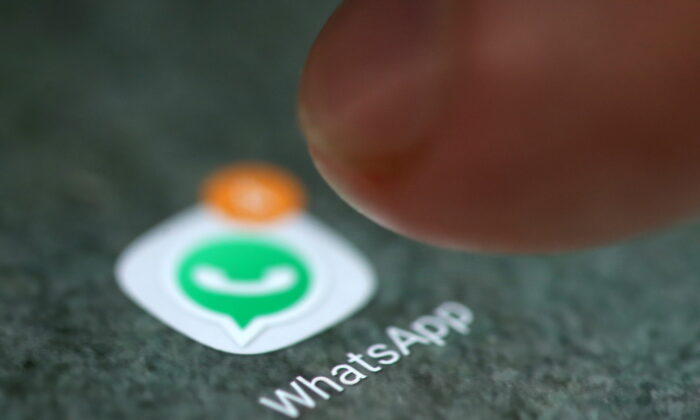 The WhatsApp app logo is seen on a smartphone, on Sep. 15, 2017. (Dado Ruvic/Illustration/Reuters)
UK

A British police officer who shared material that was deemed “grossly offensive and racist” via WhatsApp has been jailed for 20 weeks.

At an earlier hearing, he had pleaded guilty to 10 counts of sending a grossly offensive message via a public communication network which was contrary to Section 127 of the Communications Act 2003.

The police investigation began in June 2020 following a referral from West Mercia Police after intelligence was received by the force.

The Independent Office for Police Conduct (IOPC), a non-departmental public body in England and Wales that investigates the most “serious and sensitive incidents and allegations involving the police” released a statement saying that the “content of these messages will disturb many people both within and outside the police service.”

Floyd, a 46-year-old black man, died after a Minneapolis Police officer held his knee against his neck and back for approximately nine-and-a-half minutes as Floyd laid handcuffed and face-down on the pavement, while another officer restrained his lower body and a third officer knelt on Floyd’s back.

IOPC Regional Director Derrick Campbell said that the sharing of such images by a serving officer, some of which mocked the death of George Floyd, is “bound to have caused significant reputational damage to policing.”

“Today’s outcome must act as a stark reminder that this behaviour, particularly from a police officer, is unacceptable,” Campbell said. “It is important officers understand it is irrelevant whether such activity takes place on or off duty, or in a private or public social media network, the conduct is likely to face serious disciplinary or criminal consequences.”

Social media users can be prosecuted in the uk. Section 127 of the Communications Act 2003 makes it an offence to send by “means of a public electronic communications network a message or other matter that is grossly offensive or of an indecent, obscene, or menacing character; or to cause any such message or matter to be so sent.”

Last year Joseph Kelly in Scotland narrowly avoided jail after a court found that he had sent a “grossly offensive” Twitter post about Captain Sir Tom Moore the day after his death.

Army veteran Moore was a 100-year-old who had raised almost £33 million ($40 million) for NHS charities by walking laps of his garden. Kelly was handed a community payback order.

In 2012, Azhar Ahmed was given a community order after he was found guilty of sending “a grossly offensive communication” when he posted “all soldiers should die and go to hell” on Facebook after six British soldiers were killed in Afghanistan.