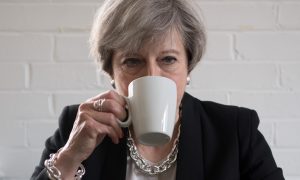 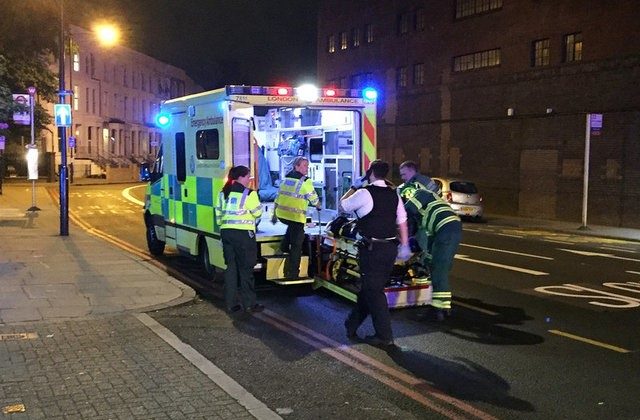 Emergency services are seen near Finsbury Park as British police say there are casualties after reports of a vehicle colliding with pedestrians in North London, Britain on June 19, 2017. (REUTERS/Ritvik Carvalho)
UK

LONDON—Several people were injured in north London early on Monday after a van rammed into people leaving a mosque, witnesses said, in what British police described as a “major incident”.

The Muslim Council of Britain said the vehicle had hit people as they were leaving Finsbury Park mosque.

Police said they were called just after 12:20 a.m. to report of a collision on Seven Sisters Road, which runs through the Finsbury Park area of the city. They said there were a number of casualties and one person had been arrested.

“From the window, I started hearing a lot of yelling and screeching, a lot of chaos outside. … Everybody was shouting: ‘A van’s hit people, a van’s hit people’,” one woman who lives opposite the scene told the BBC.

“There was this white van stopped outside Finsbury Park mosque that seemed to have hit people who were coming out after prayers had finished. I didn’t see the attacker himself, although he seems to have been arrested, but I did see the van.”

A Reuters witness saw at least one person being loaded into an ambulance. A number of police and ambulances were in attendance.

The incident followed a series of attacks in Britain.

Eight people were killed and 50 injured on June 3 when three radical Islamic terrorists drove into pedestrians on London Bridge and stabbed people at nearby restaurants and bars.

On March 22, a man drove a rented car into pedestrians on Westminster Bridge in London and stabbed a policeman to death before being shot dead. His attack killed five people.

On May 22, a suicide bomber killed 22 people at a concert by American pop singer Ariana Grande in Manchester in northern England.

By Ritvik Carvalho and Costas Pitas