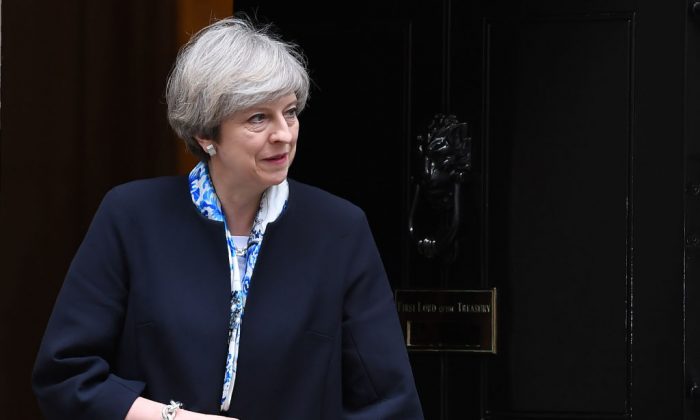 LONDON—Prime Minister Theresa May said on Thursday that Britain believed Syrian President Bashar al-Assad’s government was responsible for a suspected poison gas attack in Syria’s Idlib province, despite his rejection of culpability.

In an earlier interview with news agency AFP, Assad said the alleged poison gas attack earlier this month which the United States and its allies blamed on the Syrian military was “100 percent fabrication”.

“We believe it is highly likely that the attack was carried out by the Assad regime,” May said in a televised statement. “Apart from anything else, we believe it’s only the regime that has the capability to make such an attack.”

The British delegation at the world’s chemical weapons watchdog said on Thursday that samples taken from the alleged attack site tested positive for the nerve agent sarin.