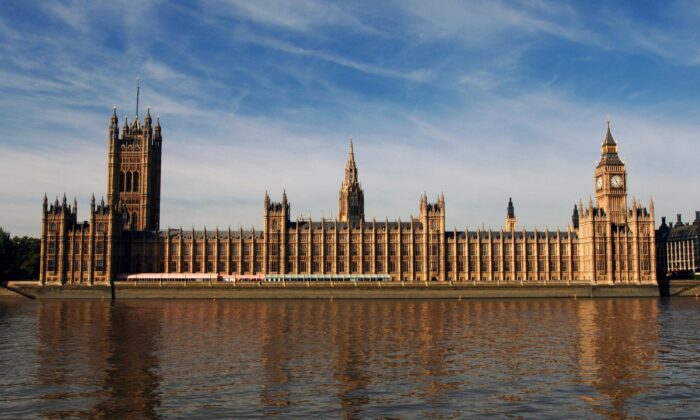 The rise and lack of scrutiny of Parliament cross-party groups are a target for hostile state actors, according to “chilling evidence” in a new government report.

Informal groups called APPGs (All-Party Parliamentary Groups) involving members of Parliament (MPs) and Lords in Britain often meet up to discuss all sorts of topics. From concerns around net zero, human trafficking, to promoting museums, music, and fisheries, the list goes on. The main brunt of APPGs is seen as a vital part of how Parliament works, helping to “foster debate on matters of public interest.”

But a detailed report from the Standards Committee following a long-running investigation claims that if left unchecked, APPGs could represent the next “great parliamentary scandal.” The role of the Committee is to regulate MPs’ conduct, propriety, and financial interests.

Must Never Provide a Backdoor

The report includes a range of potential proposals to tighten the rules for the informal groups, and stop them from “being used as a vehicle for improper access or influence by lobbyists and hostile foreign states.”

There are currently 744 groups and the report says the sheer number of them “makes improper access and influence more likely and makes monitoring compliance with the rules more challenging.”

The inquiry marks the first in-depth investigation into APPGs since the Standards Committee previously reviewed them in 2013.

In a statement, Chair of the Committee on Standards Chris Bryant MP said that “All-Party Parliamentary Groups are really useful, but they must never be a backdoor means of peddling influence around the corridors of power or pursuing a commercial interest.”

“Today’s report represents a wake-up call for us all. The evidence we have gathered is chilling and points towards an urgent need for the House to take action,” he added.

Bryant said he had a range of “possible measures to regulate them and ensure they continue to enhance—rather than endanger—the integrity of Parliament.” The proposals will be consulted ahead of preparing a final report with recommendations for the House.

“Parliament always has, and always will, be a target for hostile foreign states. But with better regulation and transparency around these informal groups, we can ensure they continue to make a positive contribution to our democracy,” he added.

The inquiry report follows January’s news that an agent of the Chinese Communist Party (CCP) had been active in the UK Parliament. Britain’s MI5 security agency warned that Christine Ching Kui Lee “acted covertly” with the United Front Work Department of the CCP to interfere in UK politics.

Lee, a lawyer, had been involved with MPs and as members of the now-disbanded all-party parliamentary group, Chinese in Britain.

Director of Security for Parliament Alison Giles told the Committee that Lee’s close involvement with an APPG and its Chair created the conditions for improper influence in Parliament.

“As far as the Chinese in Britain APPG is concerned, Lee was instrumental in setting it up. She attended meetings of that group and would have participated in discussions. As you are aware from news coverage, she funded the parliamentary staff of the chair of that group, to the tune of approximately half a million pounds [$630,000] over a period of years. The conditions for influence certainly existed,” she said.

Giles added that in 2013, there was one occasion when she directly funded the APPG, and she paid for the then chair to go on an all-expenses-paid trip to China for four days.

Though the country was not named in the report, the anti-corruption organisation Transparency International UK cooperated with the Committee to highlight efforts by the Russian state to legitimise itself through interaction with UK Parliamentarians (pdf).

The organisation noted that 2020’s Intelligence and Security Committee of Parliament report (pdf) on Russia highlighted that Russia considers the UK one of its top Western intelligence targets. As Chair of the APPG on Russia, Bryant has repeatedly spoken on overt aggression and interference from the former Soviet Union, increasingly so during the Russia-Ukraine crisis.

Lobbying Is a Public Good

“We agree that Parliament should not be used as a way for lobbyists to impress their clients. Nonetheless, it is important that the response to these fears is proportionate,” the report said, but adding that lobbying is, in general, “a public good.”

The House already has clear rules on lobbying. But last year, Conservative MP Bob Seely and foreign policy and national security think tank the Henry Jackson Society said during a webinar that the UK’s Lobbying Act was “archaic” and not capable of dealing with agents and proxies of foreign states.

“The UK is an influence peddlers paradise at the moment,” Seely said at the time.

The report noted that OpenDemocracy, which was created by the left-wing billionaire George Soros, estimated that APPGs have received around £25 million ($31.5 million) worth of benefits from outside bodies since 2018, of which more than half is provided by private sector organisations.

Some of the measures put forward to tackle influence will be to reduce and regulate the number of APPGs, enhance transparency, and ban secretariats funded (or provided) by foreign governments.