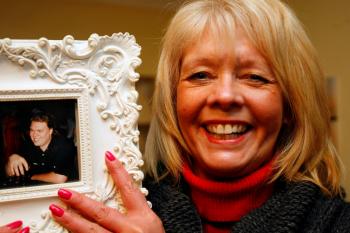 Avril Sweeney, the mother of freed British hostage Peter Moore, during a celebration of her son's release near Blackpool in North West England on Dec. 30. (AFP/GETTY IMAGES)
Europe

Mr. Moore was kidnapped in the Iraqi Ministry of Finance office in Baghdad along with his four bodyguards by about 40 militants from the Islamist group called Asa’ib al-Haq, or the League of the Righteous. On May 29, 2007, just before noon, the gunmen entered the government building in the convoy of vehicles used by police and abducted the five Britons.

The kidnappers later killed three of the bodyguards, while the fourth one is missing and also thought to be already dead.

British Foreign Secretary David Miliband said the release was a result of the “Iraqi-led process of political reconciliation in which an armed group has made vows to come within the political system and to renounce violence,” and so no concessions or deals were made to achieve the release of Mr. Moore. He also admitted that they already believed Mr. Moore was killed similarly to his bodyguards.

According to the BBC security correspondent, the sudden release was related to the recent release of the key Shi’ite militant Qais Al-Khaz’ali, who was held by U.S. authorities since 2007 as a suspect of involvement in the kidnapping and killing of five U.S. soldiers.

Mr. Moore is now at the British Embassy in Baghdad and will return to Britain to reunite with his family.