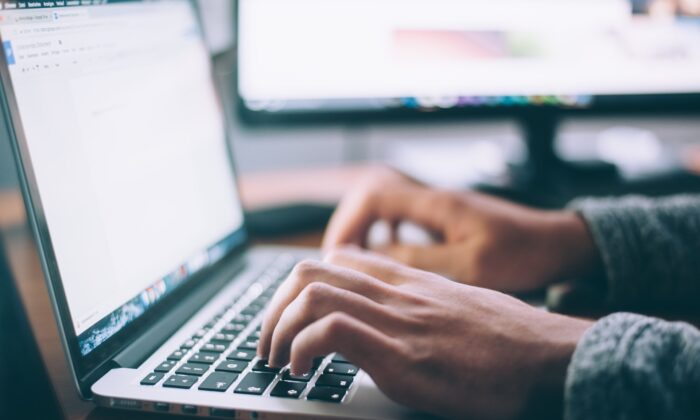 The government has announced that the new Online Safety Bill has been put on hold until a new prime minister is in place in the autumn, a move that has won praise from free speech supporters.

The planned legislation on online spaces has been increasingly criticised by top Tories for handing “unprecedented censorship powers” to the secretary of state and to online regulator Ofcom.

Though the government insists that the bill will not stifle online rights and freedoms, instead delivering on the government’s manifesto commitment to make the “UK the safest place in the world” to be online while defending on freedom of speech.

‘Fall Into the Gutter’

Prof. Andrew Tettenborn, common-law and continental jurisdictions scholar and advisor to the Free Speech Union, told The Epoch Times by email that he suspected the Bill would be kicked down the road “with a hope it’ll fall into the gutter and get forgotten.” The Free Speech Union (FSU) is an organisation that was set up by the British journalist Toby Young in 2020.

Young told The Epoch Times by email that “it’s very good news. [The Bill] might not come back.”

A Department for Digital, Culture, Media & Sport (DCMS) spokesperson confirmed to The Epoch Times by email that “the Online Safety Bill will continue its journey through the House of Commons in the Autumn as a result of the parliamentary timetable.”

The Bill would force Google, Twitter, Meta (formerly Facebook), and others, to abide by a code of conduct, overseen by Ofcom, and remove “legal, but harmful” content.

On Monday, Lord Frost and nine senior Tories warned the government to drop upcoming online safety legislation because of fears that a future Labour government could use it to censor free speech online, reported the Telegraph.

In response to the delay, Conservative leader hopeful Kemi Badenoch posted on Twitter that she supported the Bill being put on ice. “This would be the right move. The bill is in no fit state to become law,” she wrote.

“If I’m elected Prime Minister I will ensure the bill doesn’t overreach. We should not be legislating for hurt feelings,” added Badenoch.

Several Labour MPs voiced their opposition to the Conservative government putting their own Bill on hold, including Shadow Secretary of State for Digital Culture Media and Sport Lucy Powell.

Tettenborn said that this “actually puts Labour on the spot.”

“If, like Lucy Powell, they want to criticise the move, they’re now forced to come out as the party devoted to online censorship,” he said.

In reaction, Chair of the City of London Corporation’s Police Authority Board, James Thomson, said: “This delay is a huge setback for victims and will lead to even more people being duped by online scammers. The Online Safety Bill is urgently needed to protect people from becoming victims of online fraud. It is vital that this Bill becomes law as quickly as possible to protect the public.”

Last week, a plan to thwart Twitter and Facebook from indiscriminately removing or hiding articles when shared on social media platforms without proper recourse was added to the Bill. But some amendments drew criticism such as forcing social media platforms to proactively look for and remove “disinformation” from foreign state actors, linking it to the National Security Bill.

The bill is at the report stage, which is a chance for the whole House to discuss and amend it. It was expected to clear the Commons later in July before going to the House of Lords.

This week, MP John Penrose offered an amendment where online platforms could be forced to maintain a score of how truthful a person is.

Defenders of free speech in the UK had expressed concern about new powers the Online Safety Bill would provide to Ofcom the UK’s regulator of communications services.

Writing in the Daily Sceptic, Toby Young, director-general of the Free Speech Union, said that “the news was so good I didn’t believe it at first, like being told you’ve just won the lottery.”

“The sensible thing would be to pull it completely and start again with a more modest piece of legislation designed to protect children from accessing pornography and content encouraging them to self-harm, which was the original reason for the Bill. All the stuff designed to protect adults from ‘psychological harm’—we‘re grown-ups, after all, and capable of deciding for ourselves what content is likely to upset us, should be dropped entirely,” he added.

In a post, Index on Censorship CEO Ruth Smeeth said she was “relieved that the government has, at almost the last minute, paused the legislation.”

“I am not opposed to regulation, I do not for a second believe that the internet is a nice place to spend time and nor would I advocate that there shouldn’t be many more protections for children and those who are vulnerable online. We do need regulation to limit children’s exposure to illegal and inappropriate content but we need to do it in such a way that protects all of our rights,” she added.