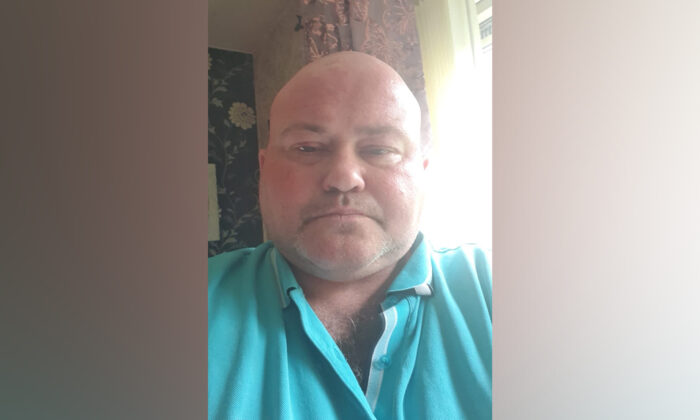 A British aid worker detained by Russian-backed separatists in Ukraine since April has died, according to an official in the self-proclaimed Donetsk People’s Republic (DPR).

Daria Morozova, the Ombudsman in the self-styled DPR, wrote on Friday on a Telegram channel that Paul Urey died on July 10 due to illnesses and stress, Russian state media, including TASS and RIA, reported.

In April, British charity Presidium Network said Urey, 45, and fellow British volunteer, 22-year-old Dylan Healy, were captured on April 25 at a checkpoint in Zaporizhzhia, southern Ukraine, when they were trying to help evacuate a woman and two children.

Presidium Network, which helps to get aid into Kyiv, said Urey and Healy traveled to Ukraine on their own accord, and they were in contact with the charity but were not working for it.

The charity also said Urey didn’t qualify for the army because he is a “family man with children.”

But Morozova accused Urey of being a “professional soldier,” claiming he had led military operations, recruited and trained mercenaries for Ukrainian troops, and fought in other conflicts.

“On our part, despite the severity of the alleged crime, Paul Urey was provided with appropriate medical assistance. However, given the diagnoses and stress, he died on July 10,” Morozova wrote.

Urey and Healy have both been charged with “mercenary” activities, the same charges that led to the death sentences of Britons Aiden Aslin and Shaun Pinner.

According to TASS, Morozova said Urey was detained in a local penal facility, and was diagnosed with several chronic illnesses including type 1 diabetes, respiratory system and kidney disorders, and cardiovascular diseases.

Morozova also said Urey was depressed “due to indifference to his fate in his homeland.”

She accused British officials of not responding to Urey’s capture and not providing “the necessary medical supplies through the ICRC [International Committee of the Red Cross].

Responding to the news on social media, Urey’s mother Linda Urey said she is “absolutely devastated.”

A spokesman for Downing Street said the Foreign Office is “urgently investigating” the “clearly alarming reports.”

“Our thoughts are obviously with his family and friends,” he added.

A Foreign, Commonwealth, and Development Office spokesperson said, “We are urgently seeking clarification from the Russian government on media reports that a British aid worker has died in Ukraine.”

In April and June, British veterans Scott Sibley and Jordan Gatley were killed in Ukraine.

The DPR is a Russian-backed breakaway area in East Ukraine, which has been recognized by Russia, Syria, and North Korea.