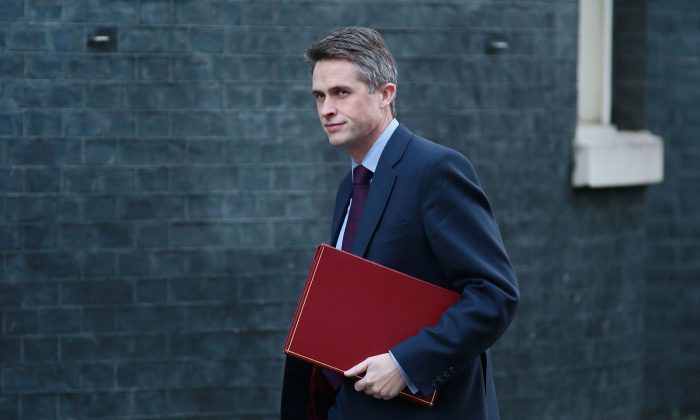 Gavin Williamson told The Times of London that Beijing sometimes acts “in a malign way” and said that a widespread review of security related to Huawei would be warranted.

Williamson’s statements come as the United States, New Zealand, Australia, and Japan have all banned Huawei from involvement in their 5G upgrades.

Companies in France and Germany also have raised concerns about Huawei, with France’s Orange saying it wouldn’t hire the company to build out its 5G network, while Germany’s Deutsche Telekom announced that it was “reassessing [its] procurement strategy,” following the recent scrutiny of Huawei.

“I have grave, very deep concerns about Huawei providing the 5G network in Britain. It’s something we’d have to look at very closely,” Williamson told The Times.

“We’ve got to look at what partners, such as Australia and the United States, are doing to ensure that they have the maximum security of that 5G network. We’ve got to recognize the fact, as has been recently exposed, that the Chinese state does sometimes act in a malign way,” Williamson said.

Huawei has repeatedly maintained that it’s a private company not under the control of the Chinese regime and isn’t subject to Chinese security laws overseas.

However, it is well-documented that Chinese companies are linked to the communist regime. Many firms are required by law to establish Communist Party branches that can take part in decision-making to ensure that the company’s activities are in line with the Party’s policies.

Ren Zhengfei, the founder of Huawei, has expressed how important 5G is to the company.

“The war of 5G is related to Huawei’s future fate,” Chinese media reported Ren as saying during a November company meeting. “We must win the competition for 5G networks, and we will not hesitate to pay the full price in order to achieve victory.”

The company has attempted to mitigate concerns about its security by offering $2 billion to make changes in its hardware and software required by Britain’s security agencies.

“This is about mandatory backdoors,” Ansip told Euractiv. “It is not a good sign when companies have to open their systems to kind of secret services.”

Ansip added that “ordinary people” have reason “to be afraid” of Chinese companies like Huawei.

Alex Younger, the head of Britain’s MI6 spy service, said in a rare public speech Dec. 3 that the UK would need to decide how comfortable it is having Huawei involved in critical communications equipment.

BT has since said it won’t be using Huawei’s hardware in its 5G network, and has also begun removing the Chinese company’s equipment from the “core” of its 3G and 4G mobile networks. It also will remove any Huawei gear found in a new communications system being developed for the UK’s emergency services, though BT didn’t say why.

Last month, relations between Huawei and UK authorities reportedly soured when a top British official walked out of a meeting over the company’s apparent failure to fix security holes in its products, according to a source quoted by Reuters.