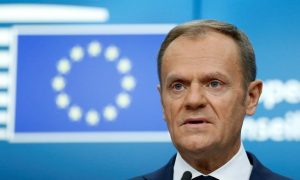 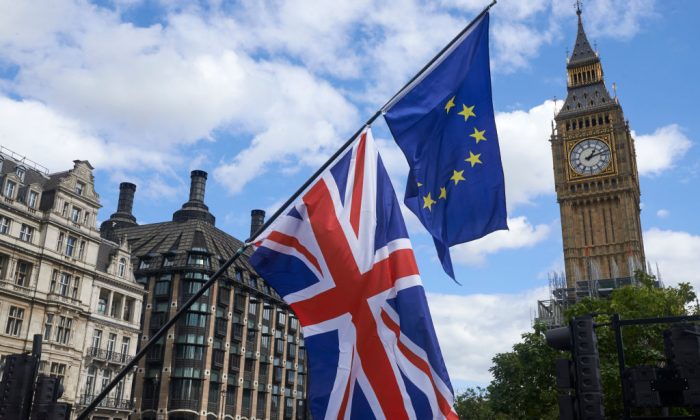 LONDON—Britain will be worse off after Brexit in every scenario examined, according to an analysis compiled by British officials, BuzzFeed News reported on Monday.

Britain is due to exit the EU on March 29, 2019, but there are deep divisions inside Prime Minister Theresa May’s government and party about what sort of relationship should replace 46 years of membership.

If Britain can strike a comprehensive free-trade agreement with the EU, growth over the next 15 years will be 5 percent lower than current forecasts, the analysis predicted.

Under a “no deal” situation in which Britain returns to World Trade Organization rules, the United Kingdom’s growth will be reduced by 8 percent over the same period.

If May can negotiate continued access to the single market through membership in the European Economic Area, long-term growth will be 2 percent lower, the analysis showed.

Every sector of the economy would be negatively affected in all three scenarios, with chemicals, clothing, manufacturing, food and drink, and cars and retail the hardest hit.

The EU and Britain agreed last month to move Brexit talks onto trade and a transition pact but some of the EU’s most powerful leaders have cautioned that the final year of divorce negotiations before Britain’s exit could be fraught with peril.

The outcome of the negotiations will shape the future of Britain’s $2.7 trillion economy, and determine whether London can keep its place as the only global financial center to rival New York.

“There is no mandate for this hard and destructive Brexit,” Chris Leslie, a lawmaker from the opposition Labour Party said. “No one voted to make themselves or their families worse off.”

Brexit is cast by supporters and opponents alike as the most significant shift in British policy since World War Two.

Supporters of Brexit say that warnings of economic chaos are overblown and that Britain will eventually prosper once it leaves what they portray as a decaying, German-dominated experiment in European integration.

The Department for Exiting the EU headed by Brexit Secretary David Davis declined to comment on the BuzzFeed report.

A government spokesperson quoted by BuzzFeed said: “We have been clear that we are not prepared to provide a running commentary on any aspect of this ongoing internal work.”