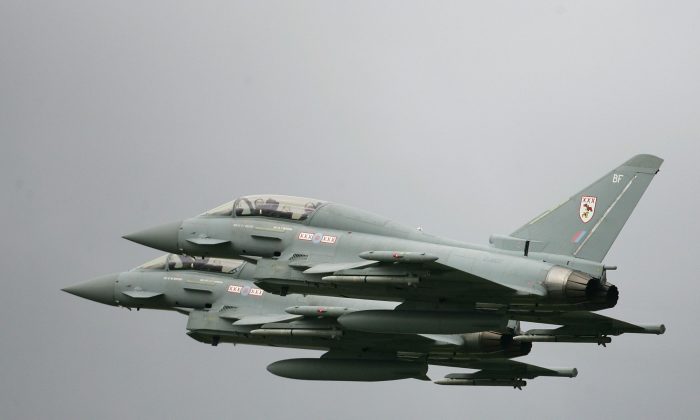 LONDON—Britain’s Royal Air Force said on Thursday Typhoons based in Romania were scrambled in response to Russian aircraft operating near NATO airspace over the Black Sea.

Operating from the Romanian Mihail Kogalniceanu Air Base near Constanta on the Black Sea coast, the two Typhoon jets responded to the suspected bomber aircraft heading west toward NATO airspace, the RAF said in a statement.

It said the Russian aircraft did not enter NATO airspace and that the Typhoons patrolled the skies for a short period as a deterrent before returning to base.