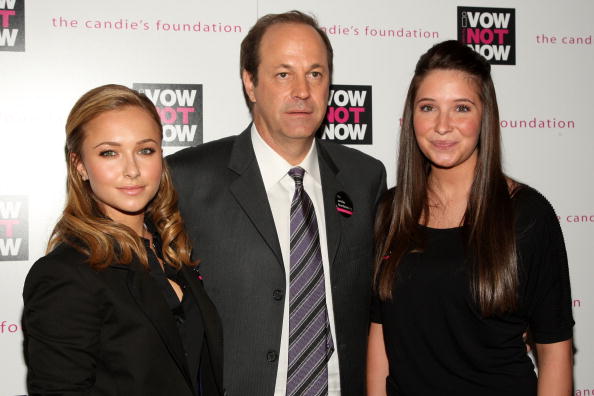 She made the announcement on Friday on Entertainment Tonight.

She is already the mother to two other children—Tripp, 7, with her ex-boyfriend, Levi Johnston, and Sailor Grace, 1, with her husband Dakota Meyer.

“We are so excited to announce that our family is expanding!” the couple told ET, adding: A springtime baby in the Meyer home and we can’t wait!”

In 2008, she made headlines when she announced she was pregnant shortly following Republican presidential candidate John McCain picked her mother to be vice president.

Palin and Meyer announced they would split up about one week before their wedding. She wrote in her blog: “I do not want any lectures and I do not want any sympathy.” They were then embroiled in a custody dispute before reconciling before marrying earlier this year.

After her mother’s failed vice-presidential bid, she became a spokesperson for abstinence and released memoirs. Later, she was a contestant on “Dancing with the Stars.”