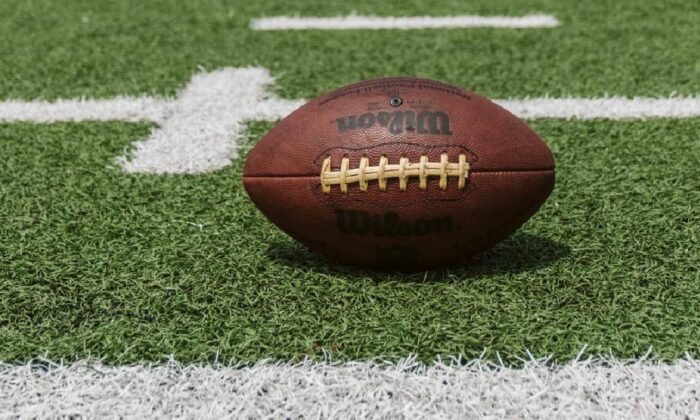 Sports are an expression of our physical energy, skills, and competitive instinct. They’re an inherent part of human nature. Even when we’re spectators rather than players, watching sports is a celebration of physical excellence, or at least attempts at excellence. For the tens of millions of spectators at stadiums, rinks, courts, and fields, vicarious participation in the efforts and skills of the players is a stimulating experience. We adopt elite players and teams as our heroes, and we celebrate their achievements.

But there’s more to life than physical excellence; there’s also “social justice,” and the demand for “diversity, equity, and inclusion” (DEI). The goal is to ensure that “oppressed, marginalized, and underserved” minorities are represented, that is included, at the level of their percentage in the general population or greater. “Social justice” is a campaign against “racism,” “sexism,” “homophobia,” “transphobia,” and “Islamophobia.”

In practice, “social justice” means the “diversity” of different colored skin, the “equity” of equal outcomes for preferred census categories, such as males and females, whites and others, heterosexuals and homosexuals, etc., and the “inclusion” of the “oppressed, marginalized, and underserved” minorities. (Some minorities, such as Asians and Jews, are unpreferred, because they’re overly successful and thus “privileged.”)

Most of society’s institutions—legislatures, government agencies, government contractors, business corporations, schools and universities, professions of law and medicine, scientific associations and granting agencies—have all adopted the “social justice” DEI measures. In practice this means that hiring, funding, promotion, and benefits are determined by sex, race, sexuality, gender, ethnicity, etc. This is called “antiracism” and “gender equality.”

DEI has not yet been fully adopted in sports, which is lagging behind in “social justice.”

In Major League Baseball, the racial/cultural breakdown is white players at 62.4 percent, Hispanic at 28.1 percent, black at 7.6 percent, and Asian/other at 1.9 percent. MLB players are all male; there are no female players. There’s no record of LGBTQ+ representation. While white players are close to their 60 percent of the general population, blacks are far below their 13 percent of the population, as are Asians at 5.9 percent. Hispanics, however, are significantly overrepresented in relation to their 18.5 percent.

In the National Football League, the players are 57.5 percent black, 24.9 percent white, 0.4 percent Hispanic, and 0.1 percent Asian. Blacks are overrepresented by a magnitude of 4.4, whites underrepresented by more than half, and Hispanics and Asians far below their presence in the general population. No females are NFL players.

The National Hockey League, originally a primarily Canadian staffed league, now has 93 percent of players who are white, with the remainder of various races, including around 30 black players. Whites are heavily overrepresented for the United States, with 60 percent in the general population, and even for Canada, with 78 percent whites in the general population. The largest numbers of “visible minorities” are Chinese and South Asian, followed by blacks.

From the point of view of “social justice” and “diversity, equity, and inclusion,” a lot needs to be done in sports. Overrepresented races must be cut back to their level in the population, and underrepresented races must be recruited to their level in the population. Serious consideration must be given to breaking the all-male sex barrier and including females up to 50 percent of each team. Trans-males and trans-females, and representatives of LGBQ+ have to be included. Athletes with particular disablements, who have distinguished themselves at the Paralympic Games and in other leagues, should also be included. Athletes who are lighter than NFL players and those who are shorter than NBA players also deserve inclusion.

Anticipating objections that the current players are “the best,” that they have been chosen fairly, and that adding other players on the basis of race, ethnicity, sex, sexuality, disability, and size would degrade the quality of the sport, we should keep in mind that “achievement,” “merit,” and “excellence” have all be shown by the “social justice” movement to be “white supremacist talking points,” and that “colorblind” assessment and recruitment is “racist.”

Furthermore, given that we now assess, recruit, reward, and promote government employees, university professors, surgeons, airline pilots, scientists, general military officers, and high government officials on the basis of race, ethnicity, sex, sexuality, and disability, and that we are ready to pass over the stronger candidates in these fields on “social justice” grounds, it seems only fair that we ask the same of professional sports. Reduction in capability and performance is no longer justification to avoid “diversity, equity, and inclusion.”