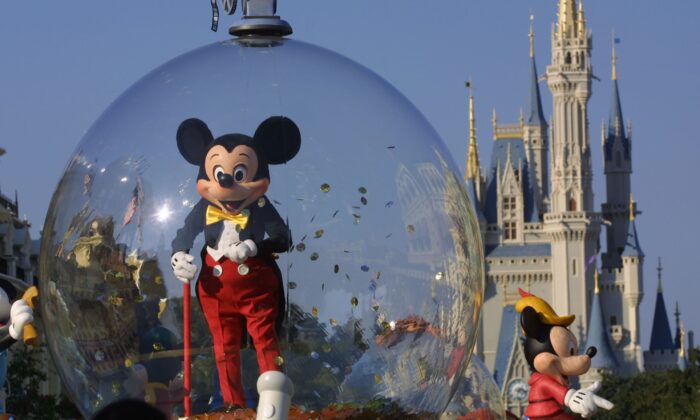 ‘Bringing Back the Magic’: 4 Disney Analysts React to the Mouse’s Q1 Beat

Disney reported fiscal first-quarter adjusted EPS of $1.06 on $21.82 billion in revenue. Both numbers exceeded consensus analyst estimates of 63 cents and $20.91 billion, respectively. Revenue was up 34 percent from a year ago.

Disney reiterated its previous guidance for between 230 million and 260 million Disney+ subscribers by 2024.

Bank of America analyst Jessica Reif Ehrlich said Disney is “bringing back the magic” in 2022.

“A big premise of our bull thesis was predicated on the recovery in Theme Parks and inherent operating leverage in the model and FY1Q results is a key validator of that view,” Ehrlich wrote.

“F1Q results were broadly ahead of our above consensus expectations, with Parks revenue and OI the clear standout while Disney Plus net adds also outperformed,” Swinburne wrote.

Needham analyst Laura Martin said Disney’s planned $33 billion in content spending in 2022 was one of the most interesting statistics from the earnings call.

“Parks results were outstanding in 1Q22, with revs doubling y/y and op inc margins of 34 percent, the highest we can remember (and DIS believes there is more upside from here),” Martin wrote.

“We see a compelling risk/reward based on DIS EV/EBITDA/growth, which makes DIS one of the most attractive companies in our coverage,” Nispel wrote.