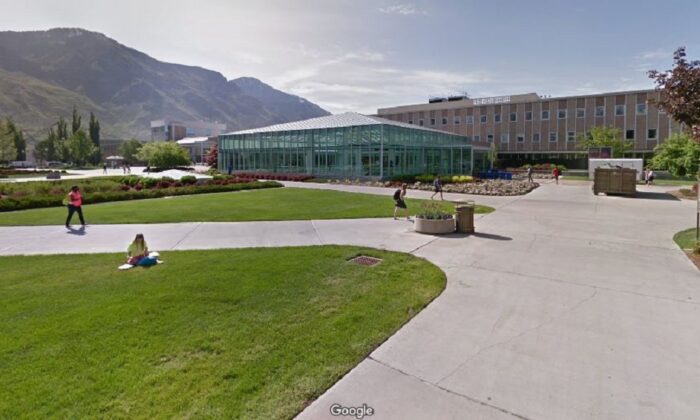 No evidence has been uncovered to support claims that racial slurs were said at a recent volleyball game, Brigham Young University (BYU) said on Sept. 9.

The school in Utah reviewed every available video and audio recording, and contacted more than 50 people who attended the Aug. 26 women’s game, which pitted Brigham Young against Duke University.

Rachel Richardson, a Duke player, claimed that she and her black teammates were targeted by racial slurs “throughout the entirety of the match.”

BYU said it banned a fan who was sitting in its student section who is not a student, and that “the use of a racial slur at any of our athletic events is absolutely unacceptable.” But on Friday, the school said, “we have not found any evidence to corroborate the allegation that fans engaged in racial heckling or uttered racial slurs at the event.”

“As a result of our investigation, we have lifted the ban on the fan who was identified as having uttered racial slurs during the match. We have not found any evidence that that individual engaged in such an activity. BYU sincerely apologizes to that fan for any hardship the ban has caused,” the school said.

The fan has not been identified.

“Despite being unable to find supporting evidence of racial slurs in the many recordings and interviews, we hope that all those involved will understand our sincere efforts to ensure that all student-athletes competing at BYU feel safe,” BYU also said.

News outlets across the country reported as fact that racial slurs were uttered, using the Richardson statement, the BYU statement, or both as evidence. The story led newscasts on ESPN and garnered multiple stories in the New York Times.

Marvin Richardson, Rachel’s father, also said that a slur was yelled again and again during the game, as did Richardson’s godmother, attorney Lesa Pamplin.

“My Goddaughter is the only Black starter for Duke’s volleyball team. While playing yesterday, she was called a [expletive] every time she served. She was threatened by a white male that told her to watch her back going to the team bus. A police officer had to be put by their bench,” Pamplin said in a Twitter post.

However, a number of students who watched the game said they didn’t hear any slurs.

“The 18 members of the Duke University volleyball team are exceptionally strong women who represent themselves, their families, and Duke University with the utmost integrity,” she said. “We unequivocally stand with and champion them, especially when their character is called into question. Duke Athletics believes in respect, equality, and inclusiveness, and we do not tolerate hate and bias.”