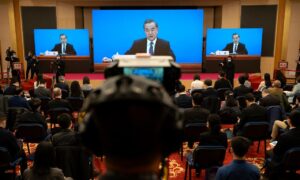 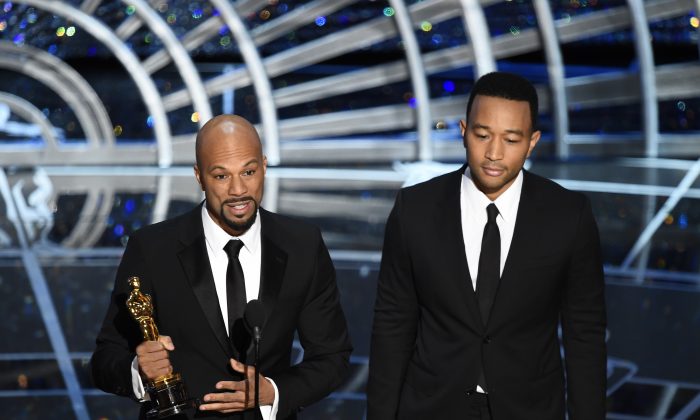 Bridging Selma and Hong Kong: Umbrella Movement Gets the Nod From Oscar Winner

Hong Kong’s pro-democracy movement got an unexpected but welcome call of support at the 2015 Oscars.

After bagging the Academy Award for Best Original Song with “Glory” from Selma, a film about a historic march led by civil rights activist Martin Luther King Jr.., songwriters Common and John Legend—Lonnie Lynn and John Stephens—reminded the audience and viewers at home that the struggle for civil liberties highlighted in the film persists today, and not just in the United States.

The Edmund Pettus Bridge—a spot where Dr. King and about 600 civil rights protesters were attacked by law enforcement as they marched from Selma to Montgomery in Alabama in 1964—was once the “landmark of a divided nation, but now is a symbol for change,” said Common.

“The spirit of this bridge connects the kid from the South side of Chicago dreaming of a better life, to those in France standing up for their freedom of expression, to the people in Hong Kong protesting for democracy,” added the 42-year-old rapper, who also had an acting role in Selma.

In 2014, students and pro-democracy supporters in Hong Kong occupied three areas of the city for nearly three months in what is known as the Umbrella Movement to protest a very restrictive democratic reform package put forth by Beijing.

Common continued: “This bridge was built on hope, wielded with compassion, and elevated by love for all human beings.” He and Legend later performed “Glory” on a mock-up of the Edmund Pettus Bridge.

Netizen caught on to Common’s shoutout, and quickly spread his acceptance speech on social media.

For the people who are fighting for democracy in Hong Kong, the bridge is built on nope.

Some netizens even wondered if China would snip out Common’s small tribute to the Umbrella Movement from the Oscars.

Would Sina Weibo censor John Legend/Common’s remark on #HongKong‘s #UmbrellaMovement during #Oscars speech? (Or has it already)

Wonder if the Oscars feed got mysteriously cut in China after Common mentioned Hong Kong fighting for democracy in his speech.

Although the authorities evicted the pro-democracy protesters in December, they maintain that the Umbrella Movement is not done.

“I think we will definitely see more large-scale citizen protests in 2015, or more Occupy movements,” said Joshua Wong, the democracy campaign’s most prominent teenage activist, in a recent interview with Radio Free Asia.

Selma will premiere in Hong Kong on Feb. 27, and will be shown in theaters on Mar. 12.