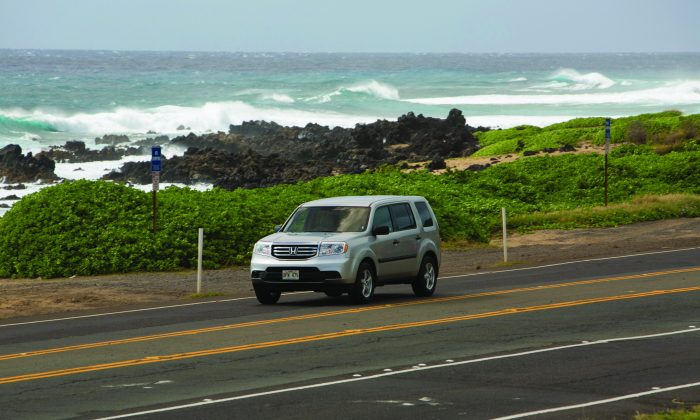 Bridgestone and Firestone Tires: Your Journey, Our Passion

In May of 1988 Bridgestone acquired Firestone Tires, becoming the largest tire company in the world. They now have about 55,000 employees and 50 production facilities throughout the United States.

Last year, Bridgestone spent over a billion dollars on research and development to bring better products to the consumers.

Switching to Bridgestone tires from the competitors, the cars felt immediately different.

This past week, journalists from the U.S. and Canada gathered at Texas Motor Speedway to test drive different new vehicles, comparing Bridgestone tires to those of their competitors. The differences in the ride with Bridgestone and other tire brands were most interesting. Quite frankly, Bridgestone won hands down when it came to a quieter interior, smoothness of ride, and driver confidence quality.

Though I had been a car writer for well over a decade, I never realized the full extent of the difference tires made in determining good car suspension and smoothness on the curve.

Switching to Bridgestone tires from the competitors, the cars felt immediately different. Ride quality was greatly improved, the suspension system performed better, and driver fatigue was minimized. Bumps didn’t seem to be as tall, steering on the curve was enhanced, and the overall smoothness of the ride was superior and more deliberate compared to comparable cars on other tires.

Though several new concept tires were introduced, it was the DriveGuard that was the most impressive. The new DriveGuard was introduced in 2014 to provide safety benefits to minivans and crossovers. These family vehicles now can travel roughly 50 miles at 50 mph with a puncture or a flat.

Bridgestone wants to be more than a company that is innovative and improves tires, but also hopes to provide a range of industry that touches their customer’s lives.