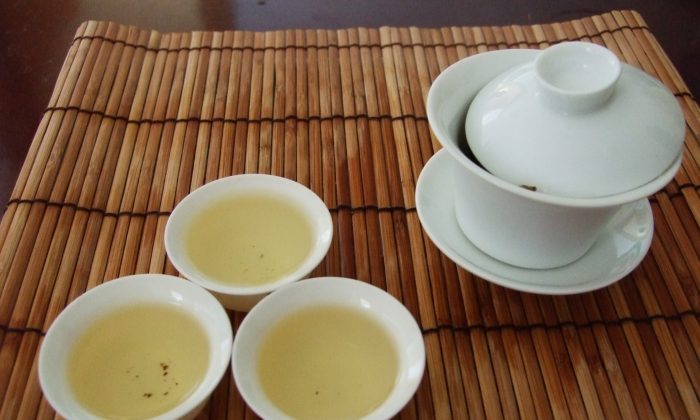 Brewing a Proper Cup of Tea

Peter Valk
Peter Valk is a tea expert who has extensively travelled in Asia, interrupted by odd jobs and a short spell of studying anthropology in the Netherlands. In his travels, he steeped himself in Asian culture, learned Chinese, met his wife and found his passion. He has been in tea business over seven years, selling Chinese tea and giving workshops on Chinese tea and culture. Currently, he is living in the Netherlands where he is busily but mostly happily making up for his travel time.
View profile
Follow
biggersmaller
Print

Brewing quality loose tea leaves is neither difficult nor complex. Yet, if you don’t do it correctly it is like eating a raw or overcooked piece of excellent meat. I guess you could become a vegetarian as a result, sue the butcher, or learn to live with it. But you might as well learn how to properly grill a steak. Brewing tea is no different, and I dare to say that if people in the Western hemisphere brewed tea properly, tea would overtake its archenemy coffee in popularity.

I, too, have been guilty of shoddy tea brewing. Since I never liked coffee, I relied on tea to keep me awake at night to study for exams. I tossed a couple of tea bags into a big beige English teapot and let it steep there for an indefinite period of time. With each progressive cup, I poured myself an increasingly murky infusion, with an oily hue on top. When tea comes to that stage, even milk and sugar cannot save it.

Years later, in Guilin, China, I happened to meet someone, while we just happened to walk by a tea shop of a friend of his, who happened to have a vast array of tea and teapots, and I happened to end up buying, against my will, a small tin of outrageously overpriced foreigner tea. At the hostel I attempted to brew this exquisite tea without success. And perhaps to make the best of a bad bargain I set out to buy a tiny burgundy clay teapot, with even tinier cups, as to properly brew tea the Chinese way. I was tricked into tea.

The tiny teapot became my loyal travel companion and accompanied me to a great many characterless Chinese budget hostels. Almost every hostel in China has an ample supply of hot water, in thermos bottles, some say this was by order of Mao Ze Dong (if true, easily the greatest thing he accomplished for China). This teapot, unfortunately, died a harsh death on a Dutch kitchen floor.

In promoting tea in the West, I, and many others, found that the biggest challenge is to educate, or convince, people how to brew tea. It is frustrating to see people messing up potentially fantastic tea. Brewing tea the right way is not difficult and does not even have to look that exotic, it is all based on common sense, just like grilling a steak. Then why so much resistance?

I think it is because this touches upon a cultural habit, we in the West have been doing the brew-inferior-tea-bags-way-too-long-counterbalance-with-sugar-and-milk-afterwards-style for ages now. Furthermore, big tea companies might not like people to discover high quality tea (I am not into conspiracy thinking, but there is some money at stake here). After I accomplish this mission, I’ll start a new one: convincing the Chinese it really is easier to eat rice with a spoon instead of chopsticks.

Regardless of personal preference and the type of tea, each type requires a different method, tea brewing consists out of a few simple elements that are mutually connected. To give an indication, I will take white tea brewed in a lidded bowl, or “gaiwan,” as a standard. (More details for each type of tea and ways of brewing in coming articles)

If you use loose tea leaves instead of tea bags, experiment with using more tea leaves. Also make smaller quantities of tea. The smaller the quantity, the easier it is to control. For about 5 grams of white tea, use about a 1:20 tea-water ratio.

If you use more tea leaves you can use shorter infusion time, even starting from a few seconds for the first brew(s), but infuse the leaves multiple times, depending on the type of tea. About 30 seconds for white tea, adding 10 seconds with each subsequent infusion.

When you use loose tea leaves it is vital that you have two vessels: one (tea)pot in which the tea is infused, and another one (a pitcher or your cup) into which the infusion can be poured. This is the only way to control the brewing process, with the exception of lightly oxidized teas, such as white tea, which can directly be sipped from the lidded bowl (gaiwan).

Depending on the type of tea, adjust the water temperature. Green and yellow tea can get burned if boiling hot water is used, and will emit bitterness as a result. Other tea types, such as black (red), Pu-erh tea, and to a lesser extent oolong tea need a high(er) temperature (near the boiling point) to bring out the taste. Usually these darker teas are first rinsed to wash away the dust. White tea requires a lower water temperature, around 80-85 degrees, so after the water has boiled, let it cool for a while.

6. Quality of tea and water

This seems obvious but is nonetheless essential. Quality tea is not easily obtained in the West and the water in some areas is hard and has a lot of chlorine. I often filter the water; others use bottled water. Even if you buy quality tea leaves and use mineral water, tea is still much cheaper than soda drinks.

There is a Chinese saying: “Zhu Bajie eats ginseng, not knowing the taste.” Zhu Bajie is a gluttonous pig in a Chinese folktale. Ginseng is a precious commodity, which in the hands of Zhu Bajie becomes a staple food. If you are not mindful of the drinking process, the taste, the smell, the sensation, and feelings, you are likely to miss the point altogether.

Peter Valk
Follow
Peter Valk is a tea expert who has extensively travelled in Asia, interrupted by odd jobs and a short spell of studying anthropology in the Netherlands. In his travels, he steeped himself in Asian culture, learned Chinese, met his wife and found his passion. He has been in tea business over seven years, selling Chinese tea and giving workshops on Chinese tea and culture. Currently, he is living in the Netherlands where he is busily but mostly happily making up for his travel time.