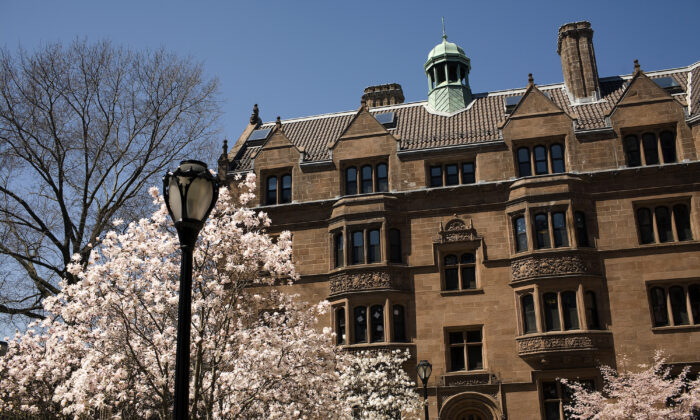 Breaking Our Addiction to Prestige

Bari Weiss, late of The New York Times opinion pages, was catapulted to celebrity when her letter of resignation from the NY Times went viral in 2020.

In that letter, Weiss chronicled the process of her disillusionment with a newspaper that had jettisoned journalism—the patient uncovering and articulation of facts—for a brittle, frenetic embrace of “an orthodoxy already known to an enlightened few.”

Weiss, a sinewy, independent-minded journalist, was brought into the NY Times to expand the stable and political coloration of contributors to its op-ed pages.

She left when she realized that the paper had succumbed to a spirit of febrile intolerance that made genuine diversity impossible.

The demonization of Tom Cotton, a sitting U.S. senator, by NY Times reporters because he wrote an op-ed calling for a military response to the Black Lives Matter/Antifa protests sweeping the country in the summer of 2020, was a prime exhibit.

Weiss has once more been making waves with the publication of “The New Founders America Needs,” a lecture she recently delivered at the University of Austin, one of several new educational initiatives that have risen up in an effort to haul away and replace the rotting carcass of Ivy, Inc.

Much that Weiss says will be familiar to anyone who has been paying attention to critics of that decadent establishment.

The toniest colleges and universities, she points out, have replaced the pursuit of truth with the celebration of various politically correct attitudes.

“While the brand-name schools have the money,” Weiss notes, “they no longer have the mission. They have fundamentally abandoned the point of the university: the pursuit of truth.”

Indeed. They have subordinated open debate to a regime of intellectual and moral conformity.

They have fostered an atmosphere of illiberal intolerance that subverts healthy curiosity and poisons the habit of collegiality.

None of these points is novel.

But “The New Founders America Needs” has rightly attracted attention partly because of its clear-headed articulation of home truths, and partly because Weiss is herself a political liberal.

There was a time when most of the trenchant criticism of the American higher education establishment came from the conservative side of the aisle.

The genre might be said to have been inaugurated in 1951 by “God and Man at Yale,” William F. Buckley Jr.’s scorched-earth attack on collectivism, atheism, and moral relativism at his alma mater.

In succeeding decades, criticism of the moral, political, and intellectual failings of American higher education, especially in its ivy or ivy-adjacent dispensation, became a hardy perennial among pundits identified as conservative.

Readers with long memories will recall the apoplexy occasioned by Education Secretary William Bennett’s “To Reclaim a Legacy: A Report on the Humanities in Higher Education” in 1984 or Allan Bloom’s surprise No. 1 bestseller “The Closing of the American Mind” in 1987.

By 1989, when my own contribution to the discussion, “Tenured Radicals: How Politics Has Corrupted Our Higher Education,” was published, most of the arguments for and against had been made and made again.

I have always thought, however, that the term “conservative” was generally misapplied to critics of higher education.

Politically conservative, some of those critics may have been.

Buckley, especially in his younger, polemical days, was quick to claim the mantle of conservatism, as were other prominent writers on the subject—the late English philosopher Sir Roger Scruton, for example.

But many of the most thoughtful reflections on what has happened to this important institution have, in fact, come from the liberal side of the ideological divide.

I think, to take just one example, of Anthony Kronman’s “Education’s End: Why Our Colleges and Universities Have Given Up on the Meaning of Life” (2008) and his more recent “Assault on American Excellence” (2019).

Both of those excellent books are searching in their criticisms and, though written from a broad-church liberal position (Kronman was, after all, dean of the Yale Law School, the belly of the beast), largely consonant with many books by writers identified as conservative.

In the debate over higher education—which, writ large, is really a debate over the question “How should we live our lives?”—the labels “conservative” and “liberal” are woefully inadequate.

This is the case for at least two reasons.

The philosopher Hannah Arendt put her finger on one reason in her 1954 essay “The Crisis in Education.” (Have you noticed how education always seems to be “in crisis”?)

“Conservatism,” Arendt notes, “in the sense of conservation, is of the essence of the educational activity, whose task is always to cherish and protect something.”

“The real difficulty in modern education,” she continues, “lies in the fact that … even that minimum of conservation and the conserving attitude without which education is simply not possible is in our time extraordinarily hard to achieve.”

How can you move to conserve the past if everywhere around you people are screaming that the past is racist, oppressive, sexist, and patriarchal?

If you regard the past as the enemy, education is impossible.

Consequently, she concludes, “The problem of education in the modern world lies in the fact that by its very nature it cannot forgo either authority or tradition, and yet must proceed in a world that is neither structured by authority nor held together by tradition.”

The essentially conservative nature of the process of education—a process that can’t abandon the authority of tradition without subverting itself—is one reason that the labels “conservative” and “liberal” seem so out of place in the debate over higher education.

Another reason was articulated by the intellectual historian Russell Kirk when he acknowledged that he was conservative because he was a liberal.

Kirk meant that because he championed such traditionally liberal values as tolerance, open debate, colorblind justice, and the disinterested pursuit of truth, he also sought to conserve the habits and institutions that nourished those values.

As I say, all these points are common coin in the debate over higher education.

Nonetheless, they deserve to be repeated.

Looking back to the “bedrock principles” of the American founding, Weiss adduces 10 desiderata for the “new founders” she wishes to recruit in her campaign.

Again, many will be familiar.

To be a founder in 21st-century America, she says, means “to reject the politics of resentment,” “to defend the rule of law,” “to defend freedom of speech.”

Hurrah for those ambitions.

But perhaps her most original demand—and among the most difficult to accomplish—is No. 4: “To be a founder means to break your addiction to prestige.”

“In other words,” she adds, “Worship God more than Yale.”

Weiss touches here on an issue that’s both critical and under-appreciated in the metabolism not only of education, but in cultural life more generally.

Yale, Harvard, Princeton, Stanford, and their near rivals are intellectually bankrupt.

Yet parents are willing to climb naked over broken glass to send their children, at stupefying expense, to these soul-blighting, character-corrupting institutions. Why?

The same can be said about the toniest primary and secondary schools.

Most are entirely captive to an ethic of political correctness and identity politics that’s completely at odds with the moral and educational goals laid forth in their charters.

Something similar is true of other premier cultural institutions in America today.

Why do people think that publishing in or being written about in The New York Times is more important than appearing in, for example, The Epoch Times?

The latter is a hundred times more reliable and more genuinely diverse than the former, but elite opinion won’t acknowledge that.

The goal of breaking our “addiction to prestige” is one of the paramount tasks that face those wishing to foster cultural renewal.

A lot more needs to be said about what that would entail, but we’re all in Weiss’s debt for raising the flag of that ambition.