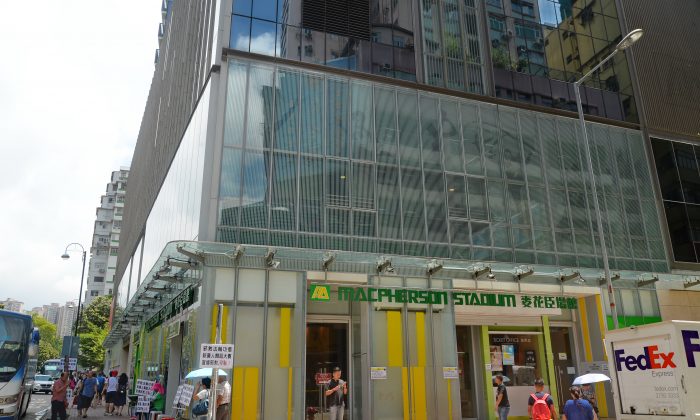 Update: The dance competition will be held on Aug. 1 in Taiwan at the Taipei City Youth Development Office.

For the second time in a month, the organizers of a traditional Chinese dance competition in Hong Kong are faced with a cancelled theater contract and a forced relocation.

In a statement on July 27, New York-based broadcaster New Tang Dynasty Television (NTD) wrote that the Asia preliminary round of the seventh NTD International Chinese Classical Dance Competition was being shifted from Hong Kong to Taiwan.

The Taipei City Youth Development Office will now host the NTD dance competition at its premises in Taipei City’s Zhongzheng District. NTD hasn’t yet given a date for the competition after its move to Taiwan.

Even though all tickets had been sold a week before the event was due to begin in Hong Kong on Aug. 1, the management of the Macpherson Stadium, in the busy district of Mong Kok, decided to cancel its contract with NTD due to what it said were “safety issues.”

Since July 20, rowdy and aggressive Communist Party front groups have gathered outside the stadium to protest the event, and slander the organizers. As of July 25, fully eight of them had gathered in the vicinity to display banners and posters with messages of hate. Members of these astroturf organizations also hurled abuse through loudspeakers and megaphones.

The groups are thought to be associated with the regime because of their messages attacking Falun Gong, a popular spiritual practice that is persecuted in China, and to which NTD accords regular coverage.

“NTD is very shocked at the… decision to suddenly cancel the venue,” the company wrote in a statement. It said that the hosts “decided to unilaterally cancel the contract under a climate of coercion.”

The company “expressed deep regret” that the event could not be held in Hong Kong. NTD and Epoch Times are part of the same corporate parent, Epoch Media Group.

Macpherson Stadium’s cancellation comes soon after a similar incident in early June, when the previous venue reneged on its contract after receiving a sudden, mandatory booking from the Hong Kong government.

This met with the condemnation of Hong Kong lawmakers, artists, and activists, who railed against Hong Kong chief executive Leung Chun-ying for what they saw as open political interference in artistic freedom. Several United States Senators and Representatives also joined the call.

The performance will likely be welcomed by audiences in Taiwan—long a protector of traditional Chinese culture, and more wary of mainland agitation.