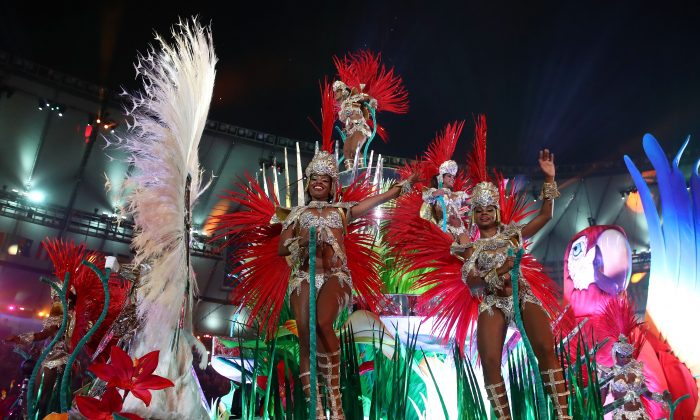 SANTA CRUZ, Bolivia—Eduardo Paes, mayor of Rio de Janeiro, announced the cancellation of the city’s famous Carnival street festival during a Jan. 4 online conference, making it the second year in a row that the city has canceled its highly-anticipated celebration.

Rio de Janeiro is the 18th of 27 Brazilian capitals to call off its Carnival celebrations in 2022 because of a surge in CCP (Chinese Communist Party) virus cases.

Paes said the “nature” and “democratic aspect” of Carnival makes it nearly impossible to host the famous street parties while also controlling the spread of infections.

However, he agreed to allow the traditional parade of Rio’s famous samba schools, which are known for their impressive costumes and floats, to take place within the city’s Sambadrome stadium.

Paes said authorities would be able to impose sanitary protocols and control the access of spectators during the parade.

On Jan. 6, Ricardo Nunes, mayor of São Paulo, Brazil, publicly announced the suspension of the city’s 2022 Carnival parties. Until last week, São Paulo, the nation’s largest city, had maintained a neutral stance on the Carnival, leaving the responsibility of the festivals up to individual city halls.

However, São Paulo state governor João Doria stepped in the day after Nunes made his decision to cancel festivities and said he wouldn’t authorize any “closed Carnival parties” in the state.

The news comes as a major blow to small businesses and tourism, which have already taken a hard hit during the COVID-19 pandemic. Of Brazil’s 17.5 million registered small businesses, the majority of those are in São Paulo, Minas Gerais, and Rio de Janeiro, all of which canceled Carnival celebrations for 2022.

Brazil’s Carnival parties generate millions of dollars in revenue for the local economy, much of which comes from tourism. Shortly before the onset of the pandemic in 2020, more than 2 million tourists attended Carnival in Rio de Janeiro alone.

“They are killing us as business owners,” Lucas Costa told The Epoch Times.

As a bar owner in the Lagoa neighborhood of Rio de Janeiro—who also operates satellite facilities with his brother during the Carnival street parties, known locally as “blocos”—Costa and other entrepreneurs will suffer a loss of income from the suspension of the festivities.

“Street parties are where the money is for small businesses. Unless you’re with a big events group or one of the samba schools, you don’t make money from the parades,” he said.

Officials argue that the sacrifice of another year of Carnival parties is a necessary evil.

“For 17 weeks we had been registering a reduction in COVID-19 cases,” Soranz said. “Suddenly, we started to have an increase in new cases, which indicates the presence of a new variant. Every time we have a new variant arriving it means we will have more cases.”

He said that while the cases are rising, the subsequent number of critical patients, deaths, and hospitalizations aren’t as dramatic.

“Of course, it’s still too early to come to a conclusion,” Soranz said.

National Confederation of Trade in Goods, Services, and Tourism economist Fábio Bentes described the cancellation of the 2021 Carnival as having “a very negative impact” on service-related industries.

Bentes also highlighted that Rio de Janeiro accounts for nearly a third of the profits generated by the massive event, followed by the Northeastern capitals, which count on the annual event as an important source of revenue.

Costa is still struggling to understand the decision.

“We have a vaccine, we have protocols, but still no Carnival,” he said. “It really feels like this will never end.”