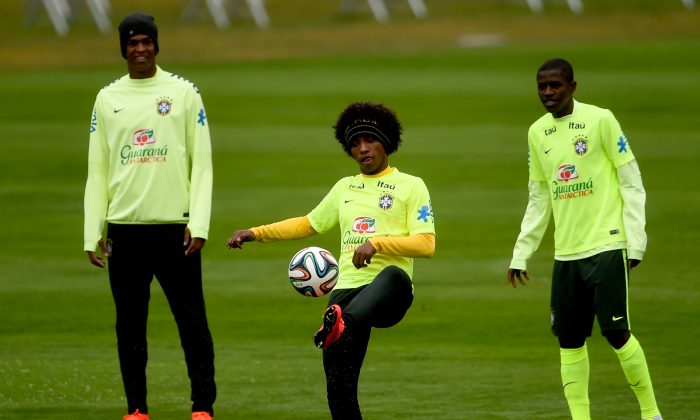 The lineups for Brazil vs Netherlands have been announced.

Brazil coach Felipe Scolari has replaced the much maligned, misfiring striker Fred with Jo. Hulk has also made way for Willian.

The only chance for the Netherlands squad is Jordy Clasie for Nigel de Jong.

Check out the rest of the team below.