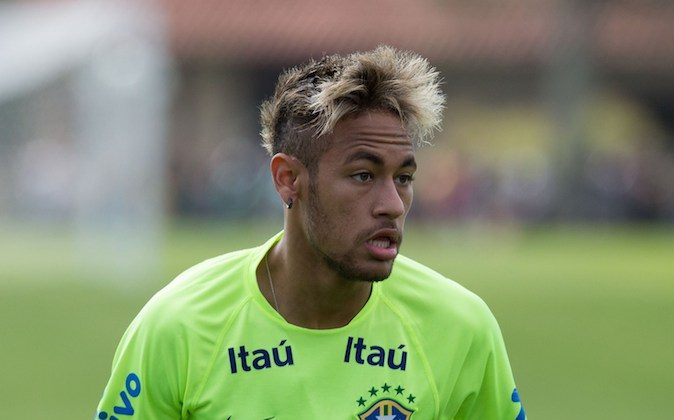 Brazil and Mexico are set to play their second World Cup 2014 Group A match on Tuesday, June 17.

The game will be broadcast on SporTV and FOX Sports Brazil in Brazil, as well as Canal de las Estrellas, Azteca 7, Sky Mexico, Azteca Deportes En Vivo, Cinépolis, and Totalplay in Mexico.

Brazil Faces Mexico With Eyes Set on 2nd Round

TERESOPOLIS, Brazil (AP) — Brazil plays its second match of the World Cup against old rival Mexico on Tuesday, hoping another victory will be enough to secure a spot in the second round of the home tournament.

After a difficult 3-1 win against Croatia in Thursday’s opener, Brazil has a chance to advance to the round of 16 by beating the Mexicans in the northeastern city of Fortaleza. Mexico also started with a victory, beating Cameroon 1-0, and will similarly be looking to advance from Group A.

The winner of Tuesday’s match will be guaranteed a spot in the next round if Cameroon and Croatia draw their match on Wednesday in the jungle city of Manaus.

“We know it’s going to be another difficult match,” Brazil playmaker Oscar said. “It could decide which team advances to the next round, so it will be like a final again. We know that it will be tough.”

The Latin American rivals have met several times in the last few years, with Brazil winning in the Confederations Cup last year and Mexico coming out on top in the final of the 2012 Olympics, a result that kept a Brazilian team led by Neymar and Oscar from winning the nation’s first gold medal in football.

“That one especially hurt, it was a title we didn’t have,” Oscar said. “We know Mexico has a very good team. It has always created difficulties for Brazil and I’m sure it won’t be any different this time.”

Coincidentally, the Confederations Cup match was also played in Fortaleza, and was also the second game of a group stage. Brazil won 2-0 with goals by Neymar and Jo.

Mexico has won seven of the last 15 matches against the five-time world champion, including two of the last four.

“Every match against Mexico is difficult,” Brazil defender Henrique said. “They have players with a lot of quality. That is always the case.”

One of these quality players is Giovani dos Santos, who had one of his best performances with the national team in the opener against Cameroon.

“I’m happy with how the team has been playing collectively,” Dos Santos said. “I think we are all understanding very well what (coach) Miguel Herrera wants us to do on the field. I see a very strong group and I’m very happy because of that.”

Brazil again will be led by Neymar, who scored twice in the opener. But he also received a yellow card in the match in Sao Paulo, and another would sideline him from the final group stage match.

“I don’t think that will come into play,” Oscar said. “Usually the players marking Neymar are the ones who receive the yellow, not the other way around.”

Both teams had matches with controversial refereeing in the first round, with calls going against Mexico and in favor of the hosts.

Mexico had two goals controversially disallowed against Cameroon, while Brazil won a highly disputed penalty call when striker Fred went down after minimal contact by a defender inside the area.