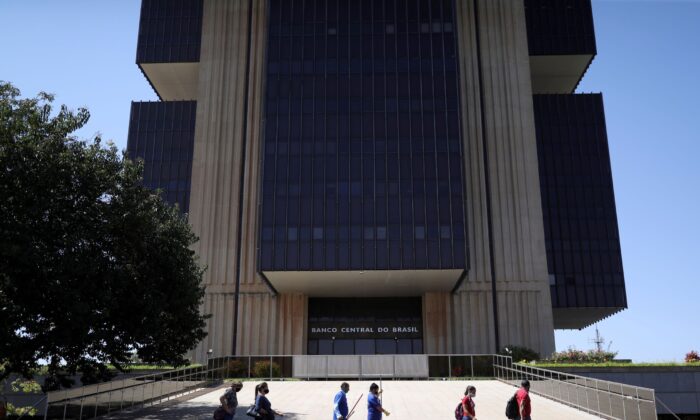 BRASILIA—Brazil’s central bank on Wednesday raised interest rates by 100 basis points and flagged a third straight hike of that size in October as it battles surging inflation with the world’s most aggressive monetary tightening.

The bank’s rate-setting committee, known as Copom, decided unanimously to raise its benchmark rate to 6.25 percent as forecast by most economists in a Reuters poll.

The move puts Brazil on the front line of a global battle against climbing consumer prices, lifting its benchmark rate from a record-low 2.00 percent at the start of the year as 12-month inflation flirts with double digits.

Copom outlined in its accompanying statement plans “to advance the process of monetary tightening further into the restrictive territory” with another full percentage point rate increase next month.

“This pace [of rate increases] is the most appropriate to guarantee inflation convergence to the target at the relevant horizon and, simultaneously, allow the Committee to obtain more information regarding the state of the economy and the persistence of shocks,” policymakers wrote in their statement.

A weakening currency and doubts about Brazil’s fiscal outlook have forced the central bank to take a hardline approach, many economists say. Growing expectations of a rate hike next year by the U.S. Federal Reserve have added to pressure on emerging markets.

Although 25 of the 35 economists polled by Reuters had predicted the 100-basis-point increase on Wednesday, there were nine predicting an even more aggressive rate hike.

“I think the central bank was only slightly hawkish. I expected more,” said economist Joao Leal of Rio Bravo Investimentos in Sao Paulo.